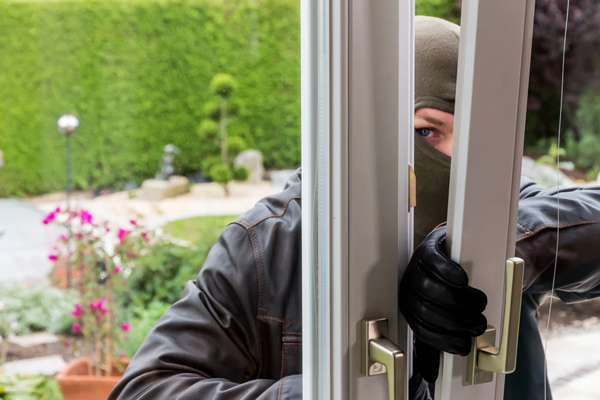 Burglar Dies After Struggle with Homeowner

A 33-year-old burglar died during a home invasion in a Milwaukee WI suburb. The would-be burglar physically tussled with the 76-year-old homeowner. Investigating authorities detected drugs in the deceased suspect’s system, according to local media reports. It has not been determined yet whether the level of drugs caused or contributed to the burglary suspect’s death.

The incident occurred in the rural hamlet of Village of Wales, a mostly rural community settled by Welsh immigrants in the 1800s and located about 40 miles East of Milwaukee.

It all began when the elderly homeowner and his wife were eating their dinner at their home about 6:30 pm on a quiet Wednesday summer evening. Suddenly their peaceful mealtime was disrupted by the sound of someone breaking in through their side door.

The homeowner confronted the intruder at the home’s entry way while his wife phoned the police. A brief tussle ensued. The younger man pushed his way past the homeowner into the home but suddenly collapsed on the floor a few moments later. The homeowner immediately performed CPR on the suspected burglar as did the police who arrived within five minutes.

An ambulance transported the unconscious home invasion suspect to a nearby hospital where he was pronounced dead. It was there that medical examiners found drugs in his system. No weapons were involved.

The suspect reportedly lived in the area and apparently walked over to the home. He was not someone the homeowners knew or had ever seen before.  Police believe this was an isolated incident.

The elderly couple lived peacefully in their two-story home in the woods for more than 40 years. They had never worried about their safety until the recent break-in. Neighbors also affirmed the area’s tranquil safe atmosphere when they learned of the home invasion. Many found it hard to believe that this incident had occurred in their community.

“This is kind of a quiet area and you don’t expect that invasion of privacy,” neighbor Roger Knutson told a media reporter. “It’s very unpleasant for everyone.”  A longtime friend of the victims, he expressed shock about the incident and surprise that he didn’t hear anything while it was happening.

The homeowners have hired a Milwaukee attorney while the case is being investigated. Their attorney told a local news station that he believes the homeowners acted legally within their rights.

Waukesha County Sheriff Eric Severson said during an interview, “The act of making forced entry into this occupied residence may have been induced by or contributed to drug use.”

The elderly homeowners were extremely fortunate that their ordeal ended quickly and without either of them getting hurt. But a Deep Sentinel home security camera system could have alerted them to the approach of the intruder before he even got to their door and instantly notified police for them. Only Deep Sentinel combines AI technology with attentive human surveillance by experienced security guards.