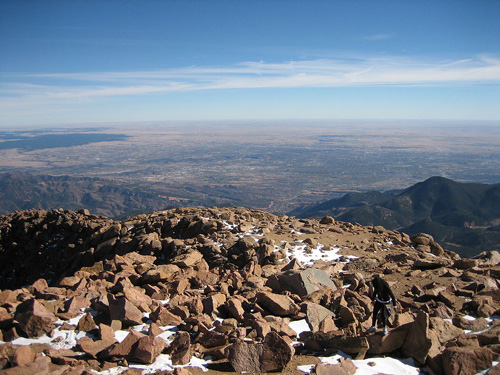 Colorado Springs is name-checked in a recent article about the new appeal of midsize cities to millennials. Smaller cities like Colorado Springs offer young people home ownership opportunities now beyond reach in many larger urban centers.

“Mid- or second-tier cities, loosely defined as those under a million people that aren’t regional powerhouses like Austin or Seattle, are increasingly seen as not just places to find a lower cost of living, easier commute, and closer connections with family, but also a more approachable, neighborhood-oriented version of the urban lifestyle that sent many to the larger cities in the first place. Between 2010 and 2015, cities such as Colorado Springs saw their millennial populations grow by more than 10 percent,” the article on website Curbed states.

Colorado Spring’s unemployment rate of 4.5% is low although Denver’s is lower at 3.8%. There is also some grumbling that rapid population growth in Colorado Springs – up by 62.4% – led to a recent spike in sprawl, traffic congestion and property crime (see below).

Colorado Springs Was Home to the Original Tesla

It turns out that shortly after the railroad was built, Colorado Springs became home to the original Tesla. The person, not the car. Because Colorado Springs is one of the most active lightning strike areas in the U.S., inventor Nikola Tesla chose Colorado Springs for the location of his lab to study electricity, according to Wikipedia. The Tesla Experimental Station was built in 1899 by Tesla. He used it that year for his experimental use of high-voltage, high-frequency electricity for wireless power transmission.

Tech continues to be a driving force in the Colorado Springs economy. Both military/defense industries and private sector tech companies maintain big facilities here that employ large numbers of people. Verizon alone employs over a 1,000. Lockheed Martin, Boeing, Northrop Grumman and Hewlett Packard are among the companies with a big presence in Colorado Springs.

Property crime refers to burglary, larceny-theft, motor vehicle theft, and arson. The object of the theft-type offenses is the taking of money or property. There is no force or threat of force against the victims.

While being a victim of crime in any category is traumatic, things as they say can be replaced. We’ll join the millennials heading for Colorado Springs with its significantly lower rate of violent crime and lower cost of housing. And we’d definitely install a security system at our new house.