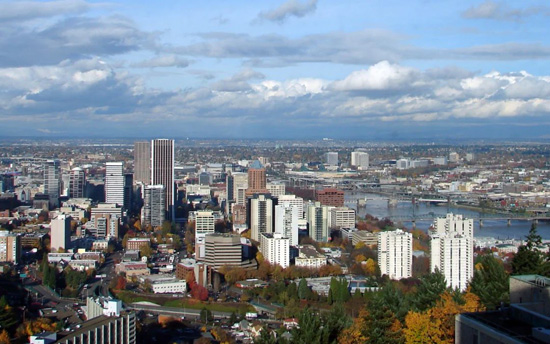 Portland OR zoomed to fame with the launch in 2011 of the Peabody Award-winning sketch comedy series “Portlandia.” “Portlandia” mirthfully depicts Portland as town full of somewhat misguided hipsters with episodes that lampoon the characters’ interactions in settings like a feminist bookstore or farm-to-table restaurant.  A motto made famous by the show is, “Portland, it’s where young people go to retire.”

Perhaps some young people may want to rethink that strategy. Property crime in Portland is relatively high, according to a city ranking website called Best Places. Portland, Oregon, property crime, on a scale from 1 (low) to 100, is 62, according to the site’s stats. The US average is 38.1 and the average for the entire state of Oregon rates a 48. Portland rates slightly better for violent crime than property crime with a 43 compared to the U.S. average of 31.

Property crimes including theft, vandalism, and burglary decreased in the Pearl District. But overall the police data show there was a six percent increase in crime from the previous month despite the drop in property crime.