Are Dogs A Deterrent to Burglary? Dogs are wonderful to have around the house. They are truly a man’s best friend. One thing you never realised however, was that dogs actually deter burglars and keep you safe!

To What Extent to Dogs Deter Burglars?

According to the US Department of Justice, “On average, burglarized houses are less likely to have dogs than non-burglarized houses, suggesting that dog ownership is a substantial deterrent.”

Studies conducted over the years have shown a clear pattern that dogs do in fact deter burglars, regardless of their size. Burglars are looking for the least number of obstacles in their way to conduct their crimes. While big dogs pose a natural, more physical threat, even a small barking dog can attract unwanted attention from neighbors.

A Dog’s Protection Only Goes So Far

This is not to say that dogs are a guarantee that your home will not be targeted. There have obviously been burglaries that have taken place in the presence of dogs (as well as humans), but it poses an unknown risk to burglars that many aren’t willing to take. A recent survey of incarcerated burglars in Oregon found family dogs were a “deal breaker” for some. And watch what happened in this burglary in Indianapolis, when a burglar came face to face with a 90-pound family dog. Spoiler: it didn’t go well for the burglar!

Even if your dog’s bark is worse than its bite, when it comes to protecting your home and your family in the ongoing fight against crime, every little advantage helps. And here’s a sneaky tip: Even simply putting up a sign that says “Beware of Dog” is likely to gain a burglar’s attention even if you don’t actually own a dog 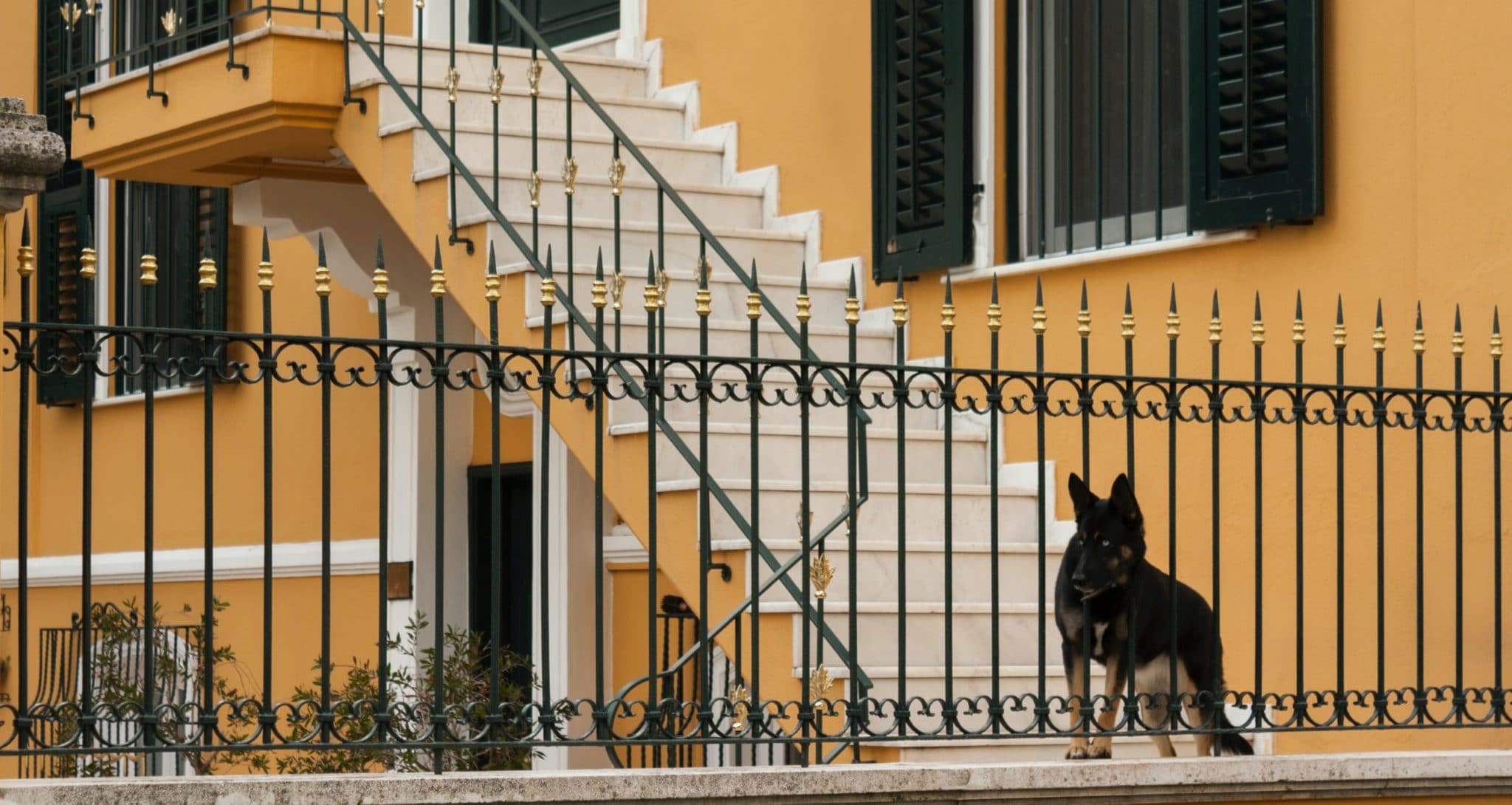 Now it should go without saying that dog ownership is a huge responsibility. Dogs are more than just home protectors. These furry friends are family companions who need attention and love. They can also be very expensive when you add up food, vet bills, etc. So do take all that into consideration if you are thinking of adding a dog to your family.

That being said, having a dog at home at all times can bring considerable peace of mind to homeowners concerned about burglaries, especially when coupled with a Deep Sentinel Smart Camera Surveillance System. This one-two punch literally has teeth and could be just what your home needs to keep the bad guys away for good.

To learn more about how Deep Sentinel can help secure your home against burglars, click here.