How to Help Police Find Your Home Fast 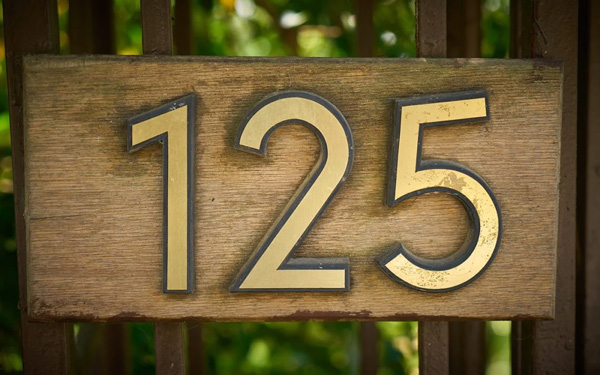 In both home invasion cases we highlighted on this site, the families were innocent law-abiding citizens with no reason to ever expect a home invasion. In one instance several family members were injured and in another the family dog was shot and wounded while trying to protect a teenage boy who was home at the time of the robbery.

These home invasion victims all called 911 immediately. The police were minutes away. But every second of the home invasion must have seemed like a horrific eternity.

We hope a home invasion robbery never happens to you. But if it does, you would want the police to get there as quickly as possible. That means you need to make sure it is easy for the police to locate your home.

We’ve all been there. Literally. We are following our GPS directions.  Suddenly the voice says, “You have arrived at your destination.” Really?  You look around and wonder which house it could possibly be. Especially if it is after dark.

Now imagine you’re the police arriving and there’s a home invasion robbery happening. Or you’re away on vacation and a neighbor has called 911 to report a burglary in progress at your house.

Most people don’t realize that the 911 system is hindered by a location information system less precise than those used by Uber and other commercial apps. It has to do with regulations about government and privacy. It also has a lot to do with government inaction and lack of updating the technology used by most law enforcement agencies in the U.S.  And basically, the fact that the 911 system was created in an era before cell phones.

Often there is no direct connection between the cell phone and the 911 operator, according to a recent report on this problem in NetworkWorld.

“The information is coming from the cellular network, not the device. Only by questioning the caller about landmarks and other correlating information can public safety officials be certain they have accurate location data,” the article states.

The FCC is working on improving this situation and has a timeline for implementing updates to the 911 system. You can view it here.

But in the meantime, it is up to you to make your home easy for the police to find, especially at night.

Tips to Make Your Home More Visible to the Police

During a home invasion robbery or any other type of emergency, you may not have time to give the 911 dispatcher detailed descriptions on how to find your house or what it looks like.

Here are some things you can do to prevent vital seconds being lost if police can’t find your house:

Above all else, prioritize home safety over home exterior décor. Big lighted house numbers may not be correct for the period of your 1920s bungalow or red brick colonial. But their visibility from the street could save your life or the life of a family member or pet during a home invasion when seconds really do matter.