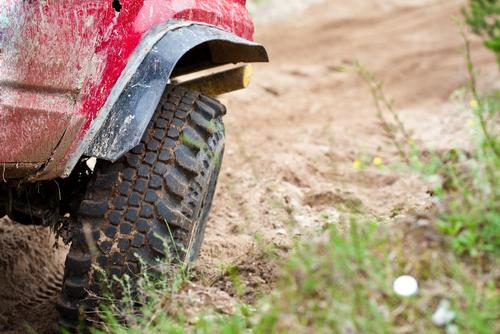 A suspected burglar’s getaway plan got foiled and left him smelling foul when his truck got stuck in a huge pile of manure.

Sheriff’s deputies in rural Stearns County, Minnesota arrived on the scene and arrested 29-year old Matthew Bloomquist.  They found him standing by the side of the truck, smoking a cigarette and coated in manure from his waist to his toes, according to Fox News and other media reports.

“He was wearing jean shorts over long underwear and no shoes, which the deputies assumed were somewhere in the manure pile,” Sheriff Don Gudmundson said Friday in an incident report titled, “Something Doesn’t Smell Right.”

Farmer Alleges Suspect Tried to Steal Items from a Shed

The incident began that morning when a local farmer called the sheriff’s office to report an overnight burglary. He noted with surprise that he could still see the pickup truck involved in the theft on his property and that it appeared to be stuck.

Bloomquist allegedly tried to steal lumber and other items from a shed on the farm. But the leavings of the farm’s animals combined with heavy recent rains created what proved to be an insurmountable mound of muck and mire. All of which prevented Bloomquist from leaving. One could say he had truly gotten himself into deep doodoo.

The farmer said originally there were two men involved but one had run away. Bloomquist told the deputies that his friend had told him that he had bought the lumber and other items. He claimed the friend had asked him to help him pick them up.  After the truck got stuck, the two men had spent most of the night trying to free it.

Before bringing Bloomquist into the booking area, Deputy Craig Pogatshnik stopped at the garage and used a water hose for washing the squad cars to try wash away some of the manure. Bloomquist’s subsequent ride to jail was made with the squad car windows down. Several days later, Deputy Pogatshnik reported he still needs to drive with his squad car windows open and “he doesn’t have enough Febreeze© to combat the aroma”.

If the farmer would have had a smart home security system like Deep Sentinel, the system would have alerted 24-hour security surveillance agents about the presence of the suspects at the shed. The agents would have immediately called the sheriff’s office. Then the deputies could have arrived on the scene and arrested the suspects before they had a chance to get down and dirty from trying to push the truck out of the manure. And Deputy Pogatshnik’s squad car wouldn’t be malodorous.

As for Bloomquist, after he was cleaned up a bit, he was booked on charges of burglary and possession of stolen property. He has a prior arrest record that includes a 2012 burglary conviction and two arrests for possession of burglary tools, as reported in the St. Paul Pioneer-Press. The other suspect has been identified but remains at large.