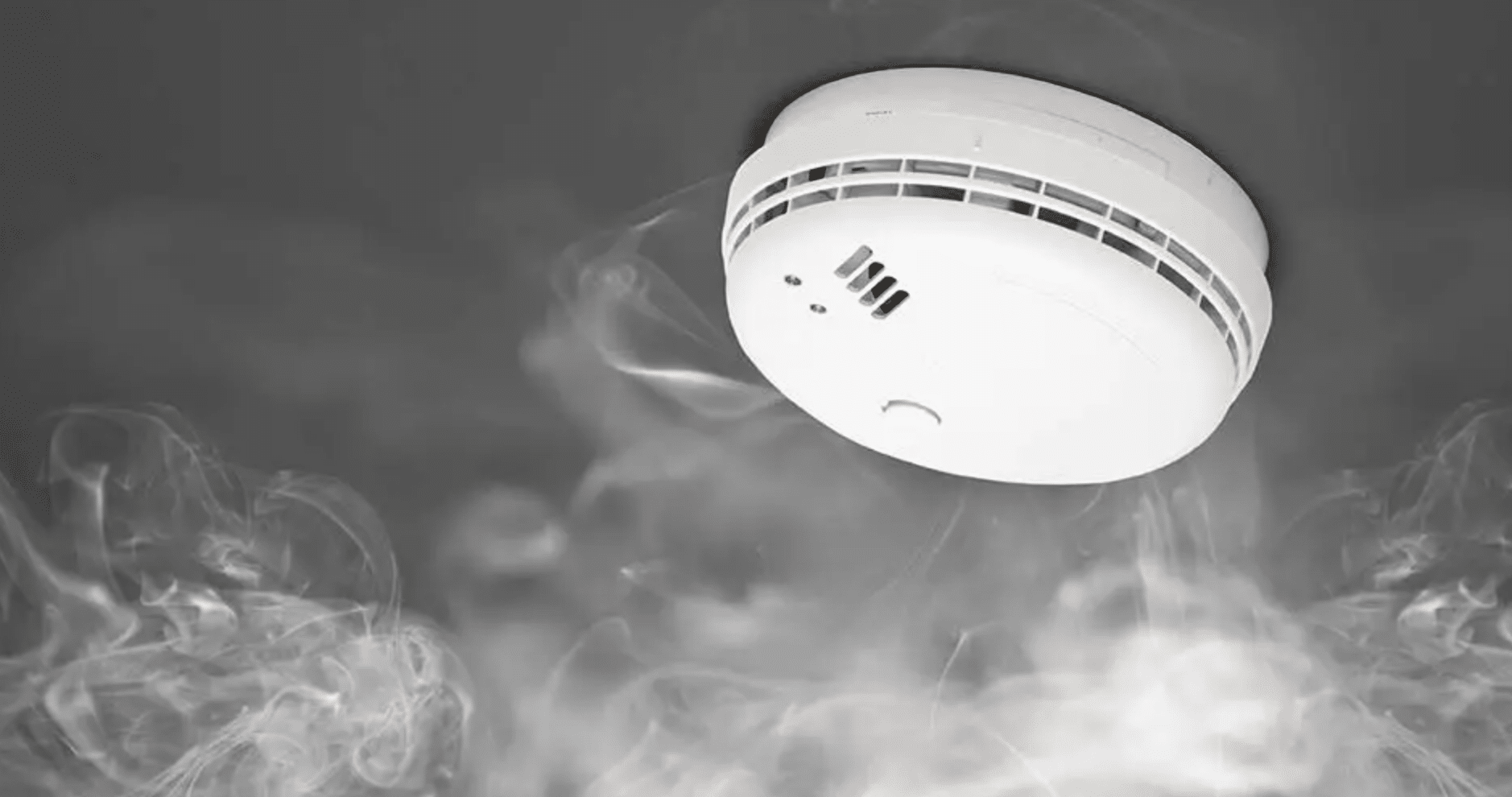 Few things are as frightening as your smoke alarm going off in the middle of the night.

But it’s better than the alternative of waking up to a raging and out-of-control inferno. A century ago, a resident in an apartment had a one-in-ten chance of dying in a fire. Now? That number has dropped to less than 1-in-100.

The difference? Smoke detectors and fire alarms. The more time we have to get out and to safety, the higher our chances of survival.

The data is very clear on this: the presence of smoke alarms on our ceilings and walls saves lives. A lot of them. Consider:

We take them for granted until the unthinkable happens.

Fire and smoke alarms first appeared in the late 1890s, while the first device granted a patent was invented by George Andrew Darby in 1902.

Walter Jaeger of Switzerland accidentally created a smoke detector around 1922 while trying to create an alarm for toxic fumes. Swiss physicist Dr. Ernst Meli built upon that and developed what is now known as an ionization smoke alarm in 1939.

It wasn’t until 1970 that single-station smoke detectors — the ubiquitous round, independent devices we see today — became widely available and affordable for the general public. The National Fire Protection Association (NFPA) made smoke detectors required in all homes by law starting in 1976.

Modern smoke detectors typically use one of two methods for detecting smoke:

Photoelectric or optical smoke detectors rely on a beam of visible, infrared, or ultraviolet light and some sort of a photosensor. The presence of smoke particles will either reduce the intensity of the beam or scatter it — depending on the configuration — at which point the photosensor will indicate the presence of smoke by triggering the alarm.

Ionization detectors use a low level of radiation to generate a flow of electrically charged ions between two plates. The presence of smoke within the chamber will disrupt this flow, triggering the alarm.

Ionization detectors are best for sudden and fast-burning fires, are cheaper than photoelectric ones, but suffer from many more false alarms.

But let’s go back to those false alarms.

Why Is My Smoke Detector Going Off?

In a perfect world, there’d be no false alarms. Your smoke alarm would only go off when it detects actual smoke as a precursor or indicator of fire.

But it’s not a perfect world, and we’ve all experienced an alarm triggering for no apparent reason.

Here are the most likely culprits.

A smoke detector has slats to allow air to enter the chamber. Small insects, unfortunately, can also enter via these openings and wreak havoc on the sensors within.

If your smoke detector is going off for no reason, check inside for the presence of alive or dead insects interfering with the system.

If you’ve ever left something on the stove or in the toaster for a little too long, you’re familiar with this one. We’ve all grabbed a dish towel and frantically waved it at the alarm until it stops.

Actual smoke from overcooked food will obviously set off the alarm, but sometimes just the smell is enough to trigger it. If this happens a lot, you may want to adjust its sensitivity.

Air heavy with moisture particles may behave like smoke particles within both a photoelectric and ionization alarm.

Smoke detectors too close to the bathroom, kitchen stove, or kettle may frequently get confused and falsely trigger the alarm.

Because smoke detectors rely on the uninterrupted flow of ions or beams of light, the presence of big dust particles can produce a false alarm. Detectors near windows or HVAC vents may be especially prone to these.

It’s a good idea to clean your alarm with the soft brush attachment on your vacuum at least once per year.

Paint, cleaning supplies, and other harsh chemicals may cause your smoke detector to go off without warning.

Always make sure the area is well ventilated when working with any such compound.

A wood-burning stove or fireplace is a wonderful luxury when the nights turn cold. But an incorrectly set damper or clogged chimney can send smoke out into your living space instead of up and out.

And you may or may not be able to smell it. Get your chimney and fireplace inspected annually to avoid this scenario.

Smoke detectors are either wireless or hardwired into your home’s electrical system, but even a hardwired alarm will have a backup battery.

When the battery is dying, the smoke detector will begin to chirp — or the alarm itself may go off — to let you know that it needs to be replaced.

Get in the habit of changing the battery once or twice per year to coincide with the start and/or end of daylight saving’s time.

The smoke detector itself has a finite shelf life. Most are good for about ten years, and you’ll find the replacement year on the bottom.

A detector nearing the end of its lifecycle will chirp or go off in the same way it does for a dying battery.

A smoke detector alarm should never be ignored. It either indicates smoke — and where there’s smoke, there’s fire — or an issue with its placement or inner workings that needs to be addressed immediately.

Even a false alarm can save you.