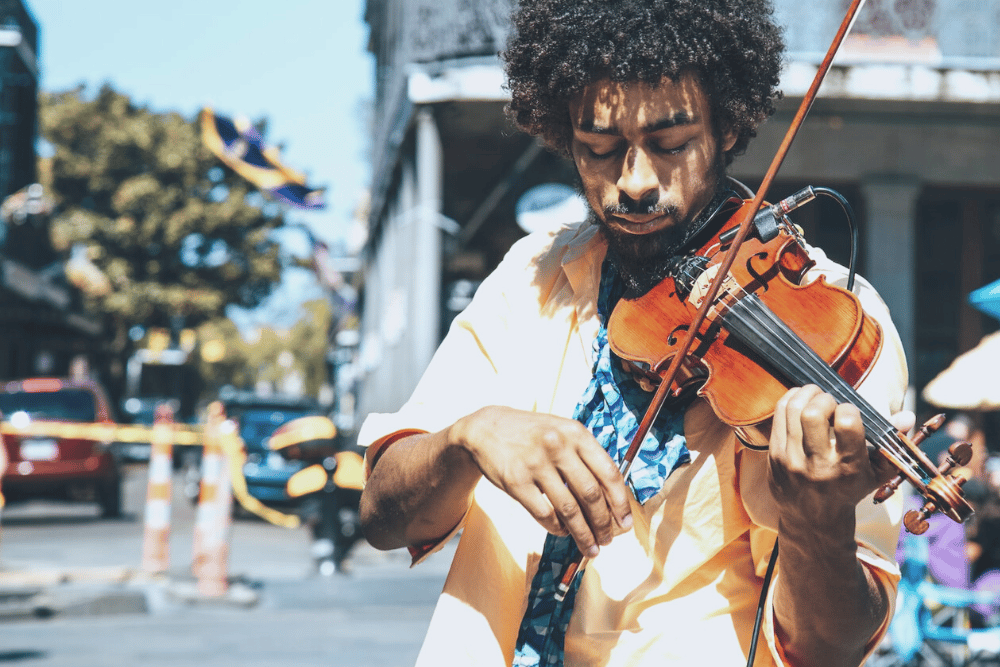 As we all know, deterring crime isn’t the sole responsibility of the police and public safety. Communities, businesses, and individuals have a vested interest in preventing crime. At times, these efforts take some interesting and unconventional forms, as evidenced by these examples of crime prevention in action.

Beethoven and Bach can crush crime.

Research has long shown the positive impact music can have on mood, from releasing stress to improving sleep quality. Music stimulates dopamine production and puts people in a better mood. Now, cities are capitalizing on this, using classical music in public spaces to deter crime.

The tactic dates back to 1985. A 7-Eleven store in Canada came up with the idea after brainstorming with a group of psychologists on how to combat loitering and the potentially serious crimes that could follow. One idea from the session was to play easy listening or classical music in the store’s parking lot. This tactic also has been used in Dallas, Seattle, and Portland, and in other countries including Australia and the U.K. San Francisco implemented this after seeing London’s success with playing classical music at the crime-ridden Elm Park tube station in 2003. The experiment reduced robberies by 33%, assaults on staff by 25%, and vandalism by 37% within 18 months.

The classical music preventative approach is often paired with improved lighting or trimmed shrubbery to increase its effectiveness.

The lights have it.

Using lighting to deter crime is a fundamental practice in environmental and urban design. Evidence from a randomized experiment in street lighting in New York City in 2019 reported the first experimental evidence on the effect of street lighting on crime. Researchers randomly allocated temporary street lights to public housing developments from March to August 2016. Communities assigned more lighting experienced reductions in crime. After accounting for other factors, the lights led to at least a 36% reduction in nighttime outdoor index crimes.

Perhaps the strongest evidence to date that ambient lighting has appreciable effects on street crimes comes from a natural experiment by Doleac and Sanders, who study variation in lighting inducted by Daylight Saving Time. They found Daylight Saving Time reduces crime, particularly robbery.

Shrubs and climbing ivy, anyone? Plants are crime-fighters, too!

Pilot studies have suggested a relationship between lack of vegetation and rates of “incivilities,” or minor crimes. A survey of 31 urban sites in a California community found that 90% of the incidents of vandalism or graffiti occurred in areas without plantings compared to 10% in landscaped areas. In Chicago public housing units, 90 residents reported less graffiti, vandalism, and littering in landscaped outdoor spaces compared to more barren spaces. Rates of unwanted noise, loitering, and crimes, were also lower in planted areas.

A new definition of neighborhood watch.

We’re all familiar with neighborhood watch initiatives. But this edition entails the concept of “eye image compliance”: using pictures of eyes to deter crime, based on social psychological research. The idea is that if you stick eyes in locations desirable to thieves, litterers, and nuisance-makers, the pressure of being stared at will make them think twice.

This is based on the premise of “gaze detection.” We’ve all experienced the feeling that someone is watching us. The feeling is often proven true when we turn and look. Apparently, gaze detection is a system built into our brains. (Believe it or not, studies show that certain brain cells fire when someone is staring at you, but not when they’re looking only a few degrees to your left or right.) Predators, including humans, are known to stare and study their prey before pouncing. Being alerted that something’s paying close attention to you is a good way to know you’re being hunted.

This premise is being applied in many areas, from public signs to posters. In 2011, a group of scientists at Newcastle University’s Center for Behavior and Evolution stuck posters around the university where students were prone to litter. Researchers found that when the posters featured images of eyes, students were twice as likely to clean up their mess. The same research team then upped the ante and placed posters saying “Cycle Thieves: We Are Watching You” near bike racks. They found bike thefts from the racks with those signs above them dropped 62% over two years.

Creative placemaking in the place you call home.

Placemaking—efforts to integrate arts and culture into projects focused on the physical, social, and economic well-being of neighborhoods—isn’t just about attracting and retaining talent. It also has elements of community safety baked into it.

An extensive project in Wisconsin used creative placemaking techniques to turn an unused rail corridor into an active, safe, and inclusive space for locals while bridging a gap between disparate communities. This in turn improved public safety and promoted inclusive economic development. One of the techniques in play was creatively designing and expanding a bike trail to connect two diverse communities and improve community safety. Prior to the effort, the land on which the extension now sits was largely inaccessible and unused for several decades. This made the area ripe for illegal dumping, loitering, and defacing of surrounding property. The initiative not only physically transformed the environment but also incorporated community activities with residents along the trail.

Placemaking of all kinds occurs nationwide, often as part of a community’s efforts to attract residents and boost economic development. It has great potential to enhance safety and prevent crime within a community.

Crime Prevention: Conventional and Beyond

Whether it’s as simple as sticking googly eyes on signs or as sophisticated as engaging community residents in placemaking, there are plenty of options to prevent crime in your own backyard.

Of course, you could always go traditional. A solid security system and video surveillance are mainstays for a good reason: they work.

Or, you can go the high-tech route. Deep Sentinel uses the most advanced artificial intelligence and machine learning technology to deliver smarter security cameras. Plus, you get the protection of live human guards watching your property. Artificial intelligence plus human intervention? That sounds pretty unconventional to us, in a very good way.