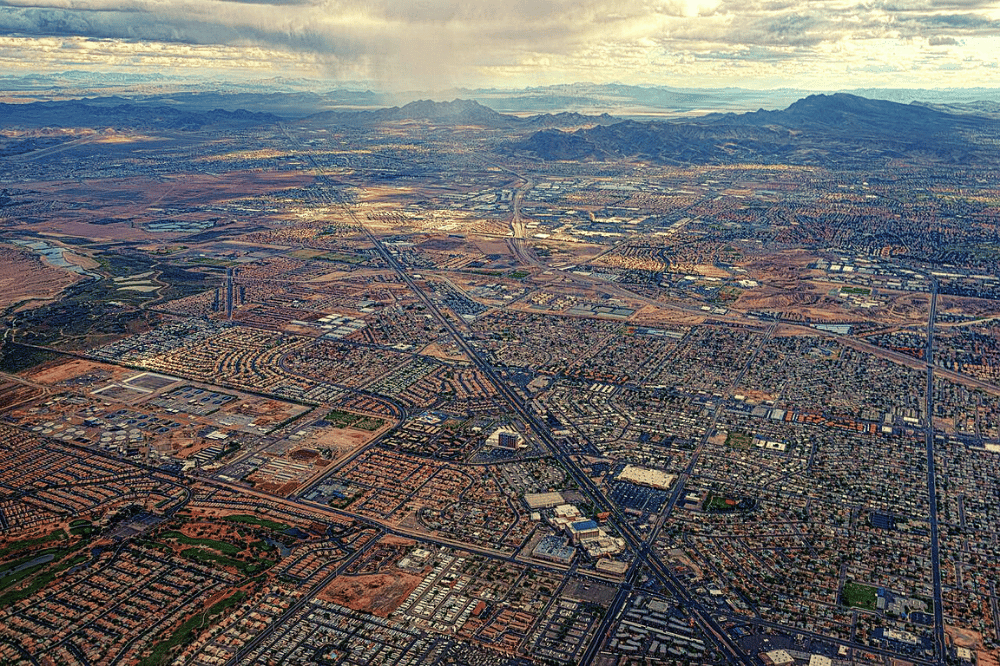 Las Vegas, Nevada: Between the glamorous casinos, the scintillating entertainment, and the glow of neon signs, there’s little wonder it’s called Sin City. Tourists flock to Vegas by the millions—but what about residents? If you plan on living nearby, it’s helpful to know the best neighborhoods in Las Vegas and its surrounding suburbs. There are a lot of factors to consider, especially safety. Let’s ‌look at the best places to live in Las Vegas and which areas you should avoid, as well as some tips to protect your Vegas home.

Overall, crime in the Las Vegas area exceeds the national average. According to the Las Vegas Metropolitan Police Department’s annual reports, the local police force answered more than 1.2 million 9-1-1 calls in 2021 alone. That’s an average of 3,400 emergency calls each day. People reported more than 50,000 crimes, an increase of 6% over the prior year. That breaks down to about 30 crimes per 1,000 residents. By comparison, the nationwide crime rate was closer to 24 crimes per 1,000 residents in 2020. 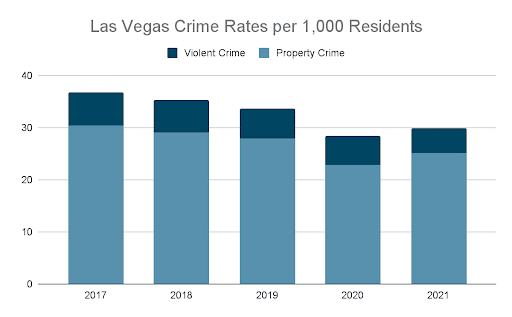 Clearly, Las Vegas has some trouble with crime. Specific types of crimes have spiked in Las Vegas recently, such as a 49% increase in reported homicides and an 11% increase in reported property crimes. (The data set’s category of property crimes includes burglary, larceny/theft, motor vehicle theft, and arson.) For a city flooded with tourists who are unaware of their surroundings and therefore more susceptible to crime, these numbers hardly come as a surprise.

That all said, Las Vegas actually does not top the list of most dangerous metropolitan areas for its size. In fact, Forbes includes Las Vegas in its list of the 15 safest cities in the US with populations over 300,000. In a poll on Niche.com, 76% of Las Vegas residents said they feel “pretty safe” or “very safe” in their hometown.

The safest neighborhoods in nearby North Las Vegas are: 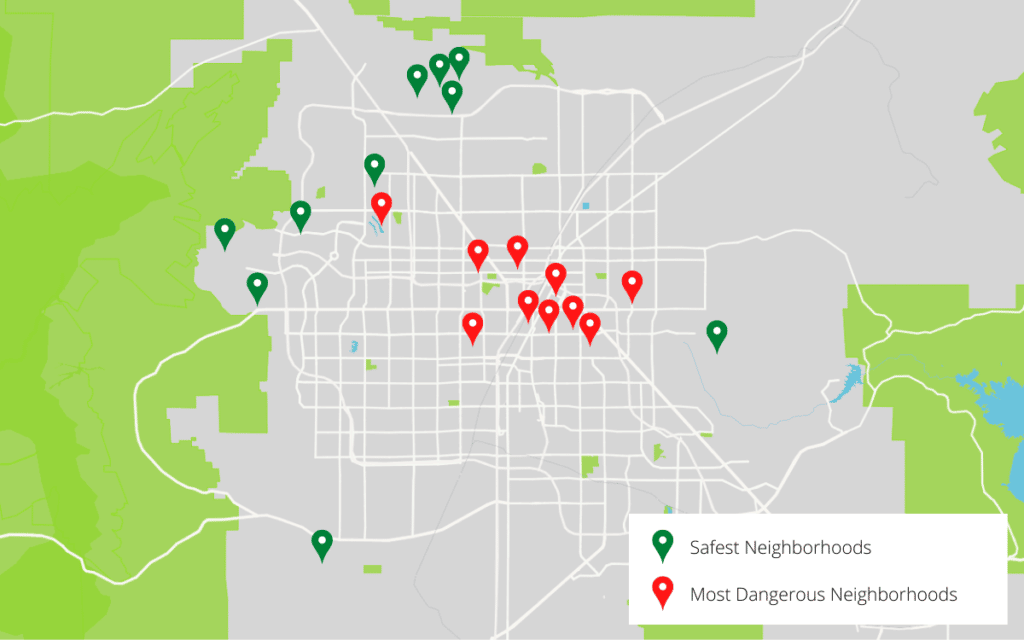 So, where should you avoid in Las Vegas? Just as there are safer parts of town, there are also areas that are more prone to crime. However, remember that cities with lots of tourism have skewed per capita crime statistics since many visitors fall victim to crimes. Whether you’re looking for a place to live or just visiting, keep your wits about you in unsafe locations.

As ‌with most major cities, crime is more prevalent in the downtown area and less prevalent in the outlying areas. The neighborhoods just off the famously glitzy Strip are among the most dangerous areas. According to 2020 FBI data and UpgradedHome.com, here are the top Las Vegas neighborhoods to avoid in order to stay safe:

If you must visit or stay in one of these areas, be aware of your surroundings and take precautions to keep yourself safe. (More on that below.)

Of course, there’s more to consider than safety when looking for the best areas to live in Las Vegas. Depending on what’s important to you and your family, other neighborhoods warrant a closer look.

Most affordable (from Movoto.com):

Best nearby amenities (from AreaVibes.com):

There might not be one perfect way to find the best neighborhoods in Las Vegas, but no matter what matters to you, there is a neighborhood that’s right for you.

Regardless of where you settle in Las Vegas, it’s important to make sure that your home or business property is secure. We’ve compiled resources for securing your Las Vegas property, but we’ll go through a few highlights here.

Consider how your home looks through the eyes of an intruder. Using the principles of Crime Prevention Through Environmental Design (CPTED), you can prevent criminal behavior through smart design choices like illuminating entryways and eliminating hiding spots.

Get to know your local crime prevention officer. Each of Las Vegas’ 10 police beats has a dedicated officer who can provide guidance about home security in your area.

Most importantly, install a security camera system. A visible security camera deters potential criminals. If the threat of being recorded isn’t enough to stop them, a security camera that’s backed by artificial intelligence and live virtual guards (like Deep Sentinel) can scare away intruders before they can commit a crime.

Even the best neighborhoods in Las Vegas need the extra security and peace of mind that a security company can bring. Stay safe in Sin City with Deep Sentinel.