How Do Motion Sensors Work to Make Your Home More Secure? 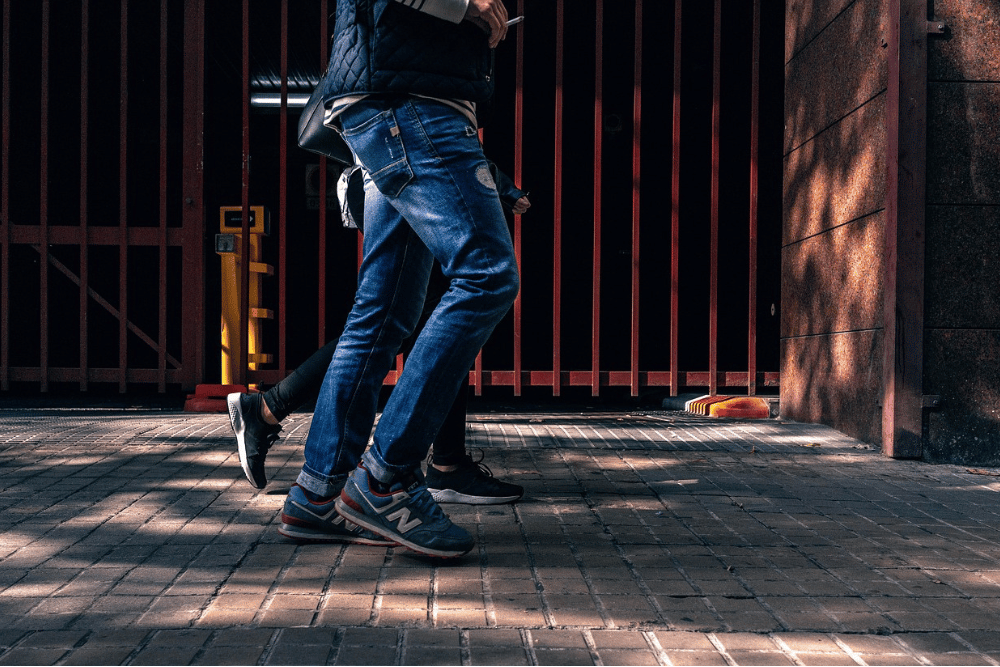 Recent technology advancements have been a big factor in the number of motion sensor options in the market today. However, many homeowners don’t realize that not all sensors are created equal. Just as every tool in your garage serves a specific purpose, each type of motion sensor has a best application. Here, you’ll get a better idea of how motion sensors work, where they work, and how using motion sensors can add another layer of security to your home.

What Does a Motion Sensor Do?

You might wonder, “Do motion sensors have cameras?” The answer is: sometimes. The function of a sensor is to trigger other systems, cameras included. That might be a surveillance video camera. Or it could be something as simple as a trail cam to snap photos of local wildlife. Generally, though, the sensor itself isn’t a camera.

Here are just a few of the places you might find motion sensors around a house:

One difference between these examples is how the sensors actually detect motion.

Infrared sensors essentially monitor the temperature of an area to detect motion. Anything above absolute zero gives off energy, which translates to heat. A passive infrared sensor (PIS) works by monitoring temperature changes in a room or space. Rapid temperature spikes trip the sensor.

These are the two most common motion detection methods for home security because of their level of accuracy. That way, the sensors rarely trigger a false alarm. Each type of motion sensor allows users to customize their range of detection. This gives more flexibility to homeowners, depending on the traffic in and around the home. 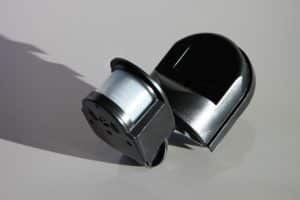 Other Motion Detection Systems for Homeowners

These clever sensors use laser beams to detect movement. The photo-sensor motion detector aims its beam at a corresponding receiver. Whenever something breaks the beam, it trips the sensor. You might see these by your garage door as a safety mechanism.

A microwave motion sensor uses electromagnetic radiation (microwave) pulses. The sensor measures these pulses once they reflect off objects and return. If there is no interference, the sensor receives each pulse in succession. However, a disturbance in the field alters the pulses and triggers the sensor.

How Do Motion Sensors Work for Home Security?

Now that you have a baseline understanding of how motion sensors work, let’s look at how they work within your home security strategy.

In general, how often do your primary plans fail? Wouldn’t it be beneficial to have a backup plan as often as possible? This is the rationale behind a multi-layered security system, which includes the integration of motion sensors. If at all possible, you shouldn’t rely on a single system like a camera, sensor, gate, or lock to protect your home. Rather, a network of preventative systems working together protects you the best.

Ideally, a home security system wards off intrusion before it occurs by scaring away suspects. Your system should be aware of the intruder well ahead of them touching your home. That’s where layered security comes into play. Using a combination of sensors, cameras, lights, alerts, barriers, and so on deters intruders and gives you time to react.

The 3 Circles of Home Security 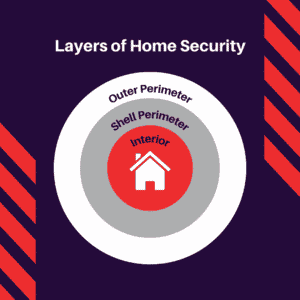 All of the property encompassing your home is your first layer of security. Here, you might use motion sensors for gates and floodlights. Depending on the size of your property and placement, you could also use security cameras.

This is the space immediately surrounding your home, primarily focused on the entry points. This is where Deep Sentinel comes in. Our wireless cameras and PoE cameras start recording the instant they detect motion in the camera’s field of view. You won’t get alerted for every rustling leaf or scurrying squirrel, though. Artificial intelligence analyzes the feed to prevent false alarms.

Where else could you use motion sensors at this level? Consider magnetic sensors for doors and windows and entryway lights.

This layer of security contains the most valued people and possessions. You might want to use dedicated alarm motion sensors inside your home in case an intruder does get in somehow. Make sure to arm them every night once everyone is tucked into bed.

Home security systems commonly fail at the first and second circle level. Sometimes, this is due to a lack of investment in additional lights, sensors, cameras, etc. for an area. In some cases, the issue is that existing security measures aren’t able to adequately detect all disturbances. Adding more home security measures, such as a motion sensor or camera, eliminates blind spots. That way, you’re aware of all threats around your property.

How Deep Sentinel Addresses the First and Second Circle Problem

With a Deep Sentinel system in your home security network, you’ll harness technology that detects threats in the outer circles of your home. Once the AI identifies a potential threat, professional guards assess the situation in real-time, confirm the threat, and respond accordingly. Deep Sentinel is the only security system that integrates live guards who actively thwart criminals and reduce false alarms. That’s something even the best motion sensors can’t promise! Add our unmatched technology and service to your holistic home security strategy.