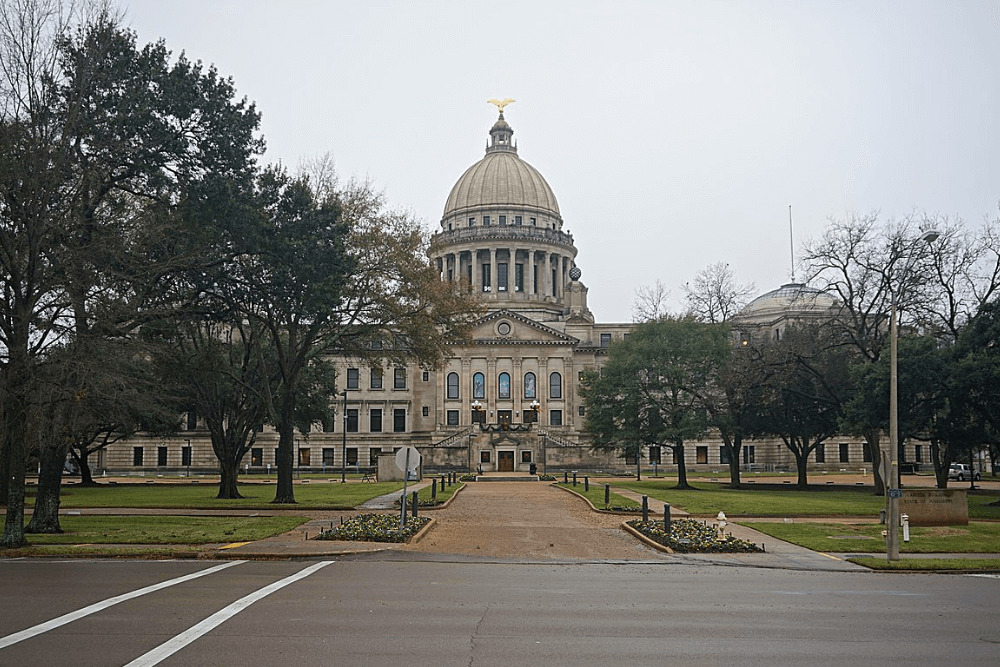 Let’s talk about Jackson, Mississippi. If museums are your thing, you can choose from the Civil Rights Museum, Eudora Welty House Museum, Manship House Museum, Old Capitol Museum, Mississippi Sports Hall of Fame, and more. The city is home to six markers on the Mississippi Blues Trail—part of the reason it’s nicknamed the City with Soul—and a chunk of the Mississippi Freedom Trail. Its humid subtropical climate is ideal for those looking to escape long, cold winters. Jackson may not get the attention of cities like New York and Los Angeles, but it offers a lot for those looking to relocate or visit. But is Jackson, Mississippi, safe?

Founded in 1821, Jackson is both Mississippi’s state capital and its most populous city, with 153,701 residents as of 2020. It’s located roughly halfway between Memphis and New Orleans, and Shreveport and Birmingham, earning it the nickname “the Crossroads of the South.”

Jackson, Mississippi, is widely considered one of the most dangerous cities in the entire country in terms of crime.

It performs poorly on NeighborhoodScout’s Crime Index. On a scale where 100 is safest, Jackson earned a 4, meaning it’s safer than just 4% of American cities and towns. It was also ranked as the second most dangerous city in the country, behind only St. Louis and just above Detroit. 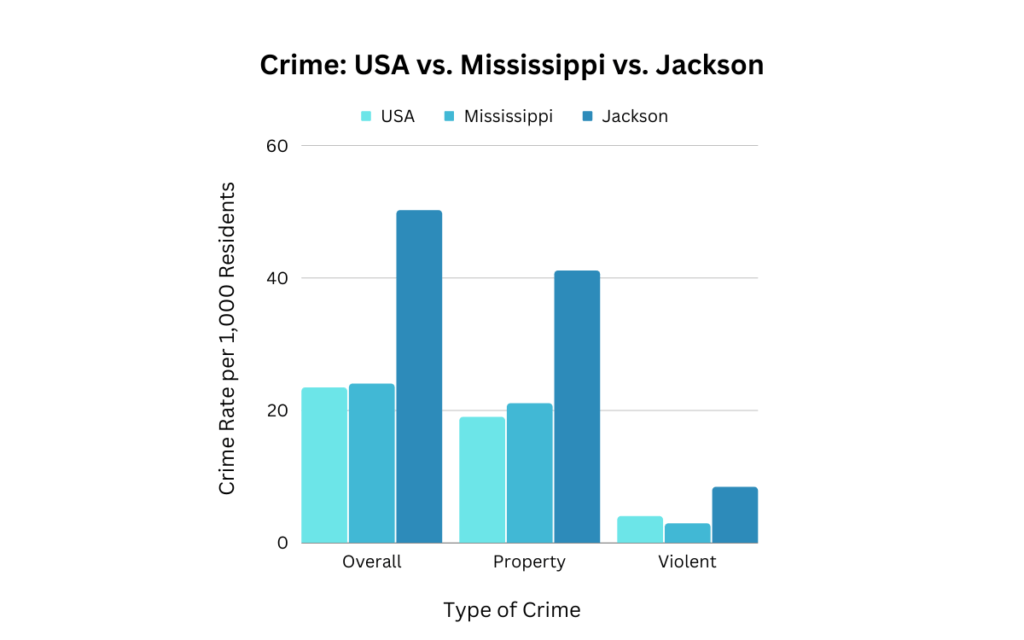 How Dangerous is Jackson?

Violent crime is a serious issue in Jackson. You’ve got a 1 in 119 chance of becoming the victim of a violent crime in Jackson, compared to 1 in 343 for the state. The violent crime rate of 8.38 per 1,000 residents is nearly 3x higher than Mississippi’s average rate of 2.92 and more than double the national median of 4.

In fact, the rate of violent crimes is higher than the national average in every category:

The murder rate has increased to new record-setting levels over each of the past three years. There were 128 murders in 2020, giving Jackson the second-highest murder rate in the country, slightly behind only St. Louis. For the year, someone was shot and/or killed in Jackson every 31 hours on average.

Despite the city’s many appeals, it can be a very dangerous location. Exercise extreme caution, at even the best of times.

Violent crimes may get most of the press, but property crime is quite high as well. The property crime rate for Jackson is 41.8 per 1,000 residents, which is roughly double the state average of 21.06 and the national median of 19.

And its individual property crime rates are all higher than the national average:

You have a 1 in 47 chance of becoming the victim of a property crime in Mississippi, but a 1 in 24 chance in Jackson itself.

So is Jackson, Mississippi, safe? Not really. You need to protect yourself, your loved ones, and your property. Make it a top priority.

The Safest Neighborhoods in Jackson

But that’s not to suggest that every nook and cranny of Jackson suffers from crime. The city has 50 constituent neighborhoods, after all.

The safest ones, according to NeighborhoodScout, are:

Of course, you can’t truly appreciate the safest places without knowing about the unsafe ones, too. 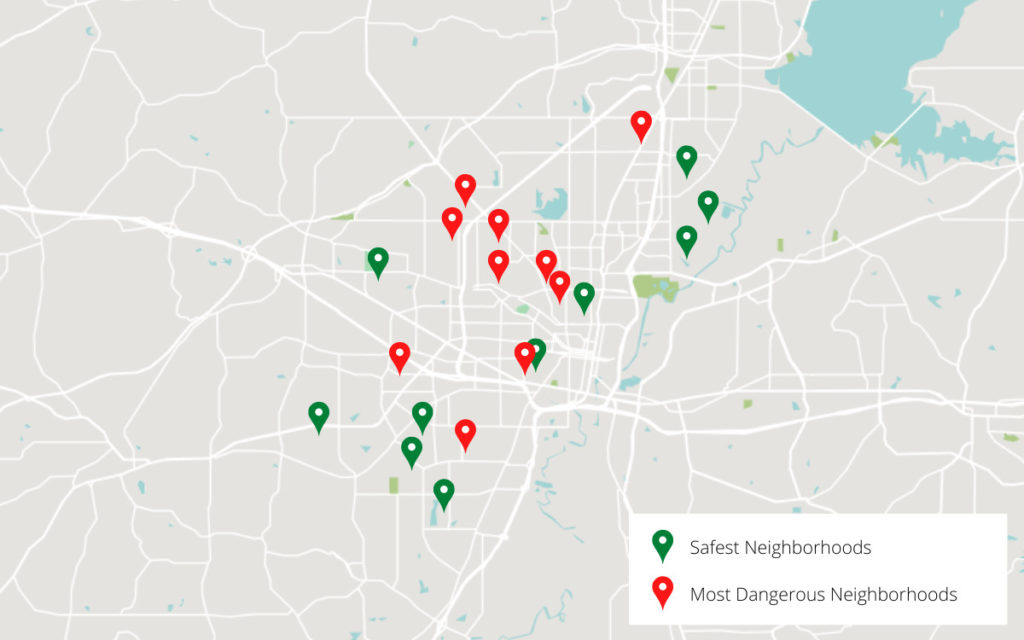 The Most Dangerous Neighborhoods in Jackson

You’d be wise to avoid or use caution in some areas. Based on violent crimes compared to Jackson as a whole, those neighborhoods include:

Is Jackson, Mississippi safe? When a crime of some sort occurs every 23 minutes on average and the combined crime rate is 121% higher than the Mississippi average, the answer is an emphatic no.

Whether you live in the safest or most dangerous of places, Deep Sentinel provides true 24/7 protection via advanced security cameras, proprietary AI, and live security guards.

Combined with zero false alarms and industry-leading crime response time, you’re always safer with Deep Sentinel on your side.

No matter where you may find yourself.