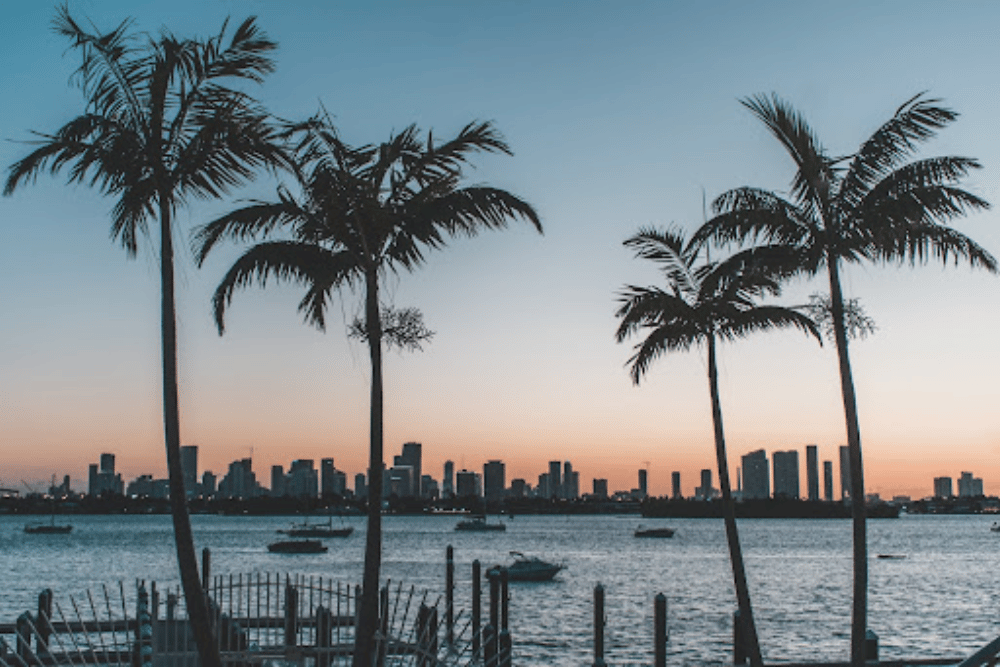 So Florida is beautiful, warm, and popular. But is it safe? Let’s take a look at the safest cities in Florida to inhabit or visit. Plus, we’ll share some tips for staying safe in Florida, no matter where you are.

The short answer? It depends. Move from one area to another, and the statistics can paint a very different picture. Cities like Miami, Orlando, and Tallahassee can be dangerous. Their crime rates clock in above the national average. But other, smaller places are much, much safer. No big surprise there.

So again, it depends. Consider:

Overall, Florida ranks somewhere near the middle nationwide for both violent and property crime. According to the State of Safety in America 2022, Florida residents are the sixth most worried about safety in the United States, and only 41% of Floridians aren’t concerned. So people are worried about safety, but the numbers don’t necessarily support that worry.

That said, it all depends on where in Florida you decide to vacation or call home.

Which begs the question…

What Are the Safest Cities in Florida?

Big, touristy cities will nearly always have a higher crime rate. That’s just a fact of life. Smaller, more residential places tend to come in lower. Florida is no exception.

As we look at different cities, let’s assume that the safest places to live in Florida mean those with the lowest crime rates. Those numbers—and a city or town’s ranking—may fluctuate a little depending on the source. However, some locations appear again and again. 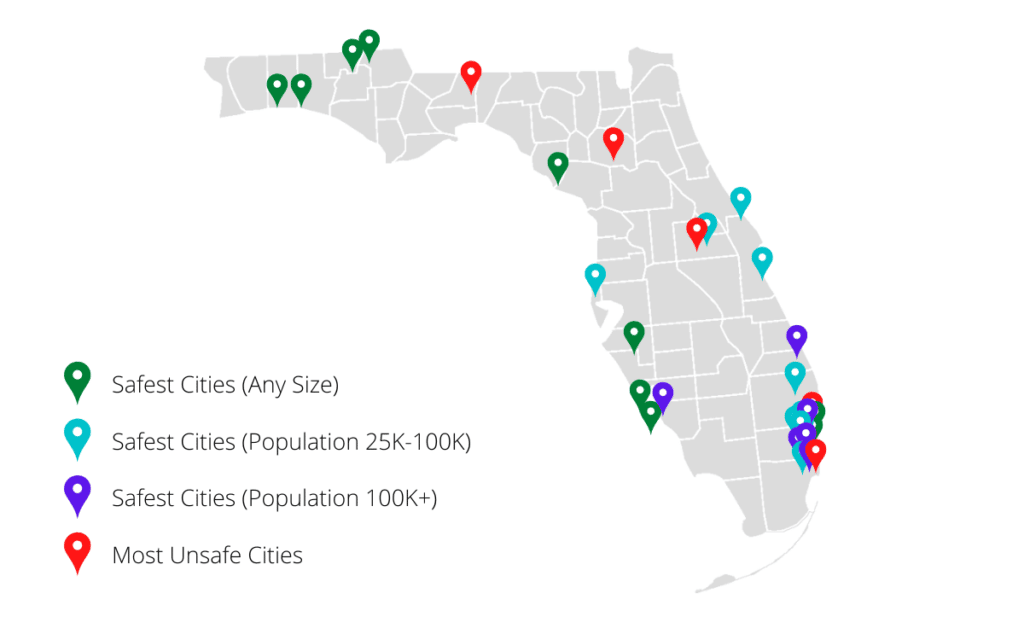 The Top 10 Safest Places in Florida

According to NeighborhoodScout, these are the places with the lowest crime rate in Florida.

And there you have it, the top ten safest towns in Florida.

Of course, you’ve probably noticed the one thing they all have in common: relatively small populations. A few of them are well under 1,000 people, and all but Niceville are under 10,000. And while there’s nothing wrong with small communities, not everyone wants to live in one. Sure they’re safe, but some of them barely qualify as towns.

More people means more potential for crime. These numbers are higher than the overall safest places, but still safe and secure spots to call home. The violent crime rate for all is per 1,000 people.

Mid-sized communities offer the best of both worlds: small-town feel with big city amenities. There’s a lot to like about that. But sometimes, you want more. Much more.

Go big or go home. Crime rates according to FBI data are presented per 1,000 residents.

There you have it: 26 of the safest communities of various sizes spread across Florida.

Of course, it’s a good idea to be at least aware of the most dangerous places as well when making a decision about where to live or visit.

Top 5 Most Dangerous Cities in Florida

For the sake of simplicity, we’re going to limit this to cities with a population of 100,000+ residents.

Some places have high rates of violent crime, and others have more property crime. It’s important to do your homework before choosing a destination.

No matter what the statistics say, do your due diligence to stay safe anywhere you choose to live. Even the safest cities in Florida still regularly experience crime.

There are a few simple steps you can take to make your home or business an unappealing target to criminals. Get friendly with your neighbors. Eliminate dark spots on your property by installing floodlights. Consider changing your landscaping to prevent burglaries. Join the neighborhood watch, or start a chapter yourself. Lock your doors and windows, even when you’re home. Adopt a dog! Any measures you take might make a burglar think twice.

And of course, quality home security cameras with professional live monitoring can make anywhere safer than it is without. Visible cameras and a yard sign tell would-be criminals that this is a property they don’t want to mess with. Deep Sentinel camera systems enable live guards to intervene on your behalf, stopping crime before it happens.

For more specific resources for your Florida hometown, we’ve compiled home security and crime prevention tips for these cities and others.