How To Prevent Shoplifters From Stealing 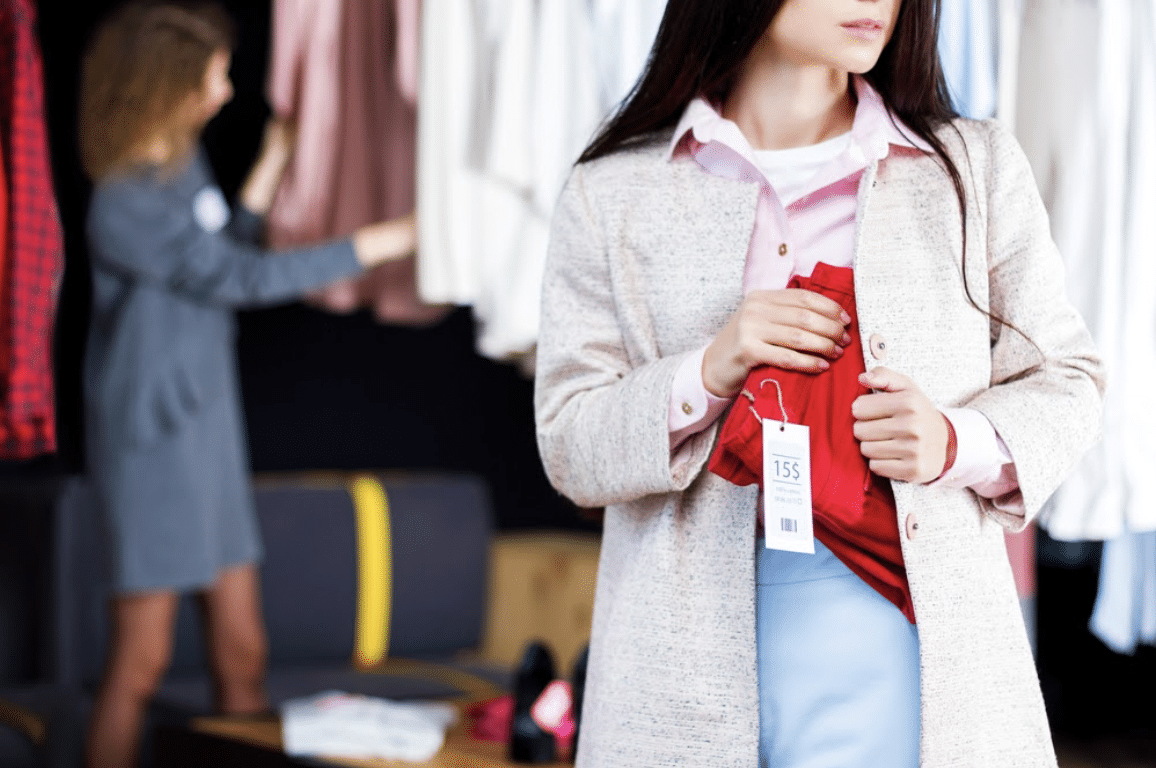 Theft and thieves have been around a very long time.

The biblical ten commandments — including “thou shalt not steal” — were likely written about 3400 years ago.

And shoplifter? The word ‘lift’ as a slang term for ‘steal something from a shop’ goes back at least 400 years, while the word ‘shoplifter’ itself first appeared in 1671.

Shoplifting — “the Crime of stealing Goods privately out of Shops and Warehouses, commonly called Shop-lifting” — was officially recognized as a crime in Great Britain in 1698.

Suffice to say, shoplifters and shoplifting have been an issue for centuries, a trend that continues to this day. Consider:

The takeaway? Shoplifting is common, opportunistic, and difficult to stop. But that doesn’t mean we shouldn’t try, as the crime can be very costly to retailers.

So, how can you protect your business from shoplifters?

Very few shoplifters are professional criminals. They tend to be more opportunistic than well planned.

They may be male or female, young or old, and of any ethnicity.

Likewise, the reasons why someone shoplifts vary from individual to individual. The STOPLifting program recognizes seven different types, including:

In short, you can’t identify one on appearance alone, and nor should you try.

If you want to stop shoplifters, you need to train your employees to watch for certain behaviors, not certain people.

While nothing is fool-proof, there are some key behaviors that often — though not always — indicate someone may be thinking about stealing.

You must obviously take everything on a case-by-case basis, and remember that acting suspiciously does not imply guilt.

That said, if someone catches your eye because of something they are or are not doing, it’s probably a good idea to give them a little more attention while you assess the situation. Trust your gut. Behavior includes:

And remember, shoplifting doesn’t just include walking out of the store without paying. It extends to the intent to steal, such as changing a price tag, removing a security device, placing an item in their bag or pocket, and removing merchandise from its packaging.

Shoplifters most often rely on concealment. They hide items in bags, pockets, or under their clothing and then simply walk out.

But they may also work with a partner or group in a coordinated effort. While one makes a distraction to get the attention of most of the staff, the others grab their targeted items and leave during the commotion.

Be aware of both techniques.

Identifying the typical behavior of the average shoplifter is step one to prevention. Informing staff and keeping a keen eye for it is step two. But don’t stop there.

You may want to share details of apprehended shoplifters with other businesses in the area and encourage them to do likewise.

If someone has a history of shoplifting, but no one knows it, it doesn’t help anyone to prevent it. A photo of a known shoplifter taken from security footage and shared with others can help everyone thwart further theft.

You might even consider a face recognition service like FaceFirst to give it a high tech upgrade.

A full 44% of shoplifters said they’d move on to another business if staff paid closer attention to them.

That doesn’t mean pestering or following them around, but a simple acknowledgement — like a smile, nod, or quick ‘hello’ — lets them know you’ve seen them and are aware of their presence (to say nothing of the fact it’s just good customer service, so win-win).

The average shopper intent on stealing something from you wants to blend in and disappear.

There’s an ideal customer for your products. Who typically buys it?

This won’t apply to every business. Some merchandise is equally coveted and useful to a wide range of people.

But if your buyer persona is more precise, an atypical customer is going to stick out. Maternity wear store and a bunch of teenage boys walk in? They’re out of place and may be looking to do something other than shop.

Be aware of everyone walking in.

This one is simple and straightforward: if you or your staff see someone exhibiting shoplifter behavior, approach them and treat them as any other customer.

Ask if they’re finding everything or if they need any assistance. Being spoken to is often enough to deter a would-be shoplifter before they do it.

Security cameras are one of the most cost effective loss prevention solutions. Visible cameras around the store and in high traffic areas are an amazing deterrent.

Anything that increases the risk of being seen or caught is going to make a would-be thief think twice before slipping anything in their bag.

Place monitors where customers can see them, so they know that the cameras aren’t just there for show. A live feed that staff can monitor is a lot more powerful obstacle than a camera that just records somewhere in a back room.

The more eyes on them — both human and electronic — the less likely they are to do anything criminal.

And if they do it anyway, you’ll have footage to assist in apprehension and recovery.

Rearrange store displays, shelves, and tables to ensure most areas can be seen by most staff with a clear line of sight.

Use mirrors to eliminate blind spots and increase visibility.

Identify other commonly stolen items, and place them closer to staff and/or behind a locked cabinet door (such as razors in the pharmacy). Some of the top stolen items include:

The most commonly stolen food product in the world? Believe it or not, it’s cheese.

Anti-theft signage that says “All Shoplifters Will Be Prosecuted” or something similar is very effective. It lets them know you’re actively working to prevent shoplifting, and that anyone caught doing it will be handed over to the authorities.

They and other devices like them set off an alarm whenever someone tries to leave the store with a product with an EAS or RFID tag still on or activated.

Simple, but effective. Prevention doesn’t have to be complicated.

Each member of your staff should know exactly what to watch for, what to do if and when they see it, and how to notify other members of staff and management.

Write it down, and make it part of employee onboarding and training.

Ultimately, well trained, informed, and alert staff are your best solution to protect your business from shoplifters. Video cameras and EAS devices are a great second tier of protection. Signage is a nifty topper to your efforts.

Sadly, we’re never going to eliminate shoplifting and inventory shrinkage completely. The most we can do is take proactive steps to mitigate the risk and minimize our exposure.

Loss for a single case of shoplifting averaged $310.11 in 2020. And that impacts your bottom line, which trickles down and makes it difficult to pay your staff fairly and keep prices competitive.

Do a little. Do a lot. Just be sure you do something.