Home Invasion Suspect Nabbed Clad in Only a Towel 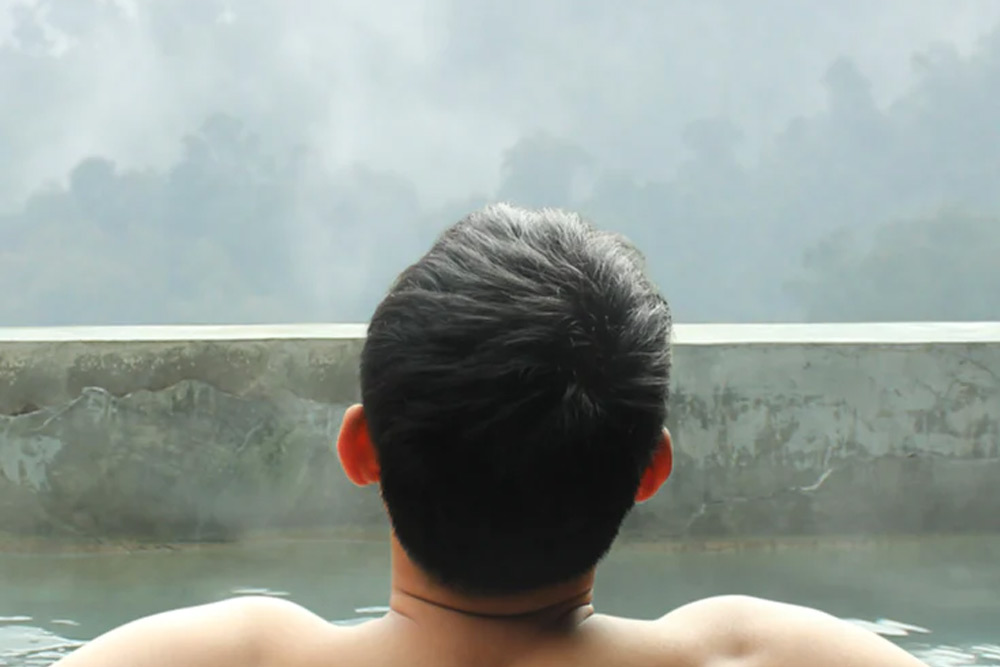 Suspect Tried to Hide in Nearby Hotel Spa Pool

Did the suspect in a recent home invasion robbery watch too many spy movies? Possibly. Because a James Bond-style escape idea he tried ended up being more like an Austin Powers comedy.

Desperate to escape police after a weekend morning home invasion robbery in the town of Desert Hot Springs, the suspect stripped naked, hid his clothes and jumped into a hot mineral pool at a nearby resort. However, hotel pools – even hot thermal ones – aren’t particularly busy early in the morning. And the hot springs resort he chose, Miracle Springs Resort and Spa, is not a bathing suit optional facility. To say he captured the attention of the staff is putting it mildly. When the police soon entered the lobby, staff easily pointed them in the direction of the pool.

The suspect realized his aquatic hiding place was no longer hidden when he looked up and noticed a police helicopters circling overhead. Moments later police were in the pool area-fully clothed-and headed towards him. Grabbing a towel to drape around his nether regions, he made a desperate run through the hotel’s back exit. But he did not get very far.

“Police went after him, assisted by a California Highway Patrol helicopter helping track him, and caught the suspect in the hotel parking lot without further incident,” Police Sgt. Christopher Saucier said in a subsequent interview with the local Desert Sun News. The media reports do not say whether the police provided the suspect with clothing prior to his being booked into jail.

The home invasion crime occurred at a home in the 66400 block of San Juan Road. Desert Hot Springs is a vacation resort town north of and less prosperous than its famous neighbor Palm Springs. Both towns are near Joshua Tree National Park in the Mojave Desert.

The suspect allegedly entered the home of someone he knew, assaulted the resident and fled with stolen property. The victim phoned the Desert Hot Springs police who arrived on the scene at about 9:15 am. Their search efforts led them to the nearby hotel where staff notified them that the suspect was in the pool.

The suspect was identified as Christopher McCurdy, 48, of Desert Hot Springs, according to MyNewsLA and other media accounts of the episode. McCurdy was arrested in the hotel’s parking lot and booked into the Riverside County Jail in Banning on suspicion of burglary, resisting arrest, violation of probation, along with other counts of suspected crimes and a previous arrest warrant. McCurdy was held without bail. He was formally charged with his alleged crimes several days later, reported a local ABC3/CBS2 news affiliate.

While the suspect’s attempted escape makes for an intriguing story, the victim’s traumatic experience is no laughing matter. Deep Sentinel’s home security cameras new AI-augmented home surveillance system would have had police at the victim’s home before the suspect entered it – or the hotel pool.