What’s the Difference Between NVR and DVR? 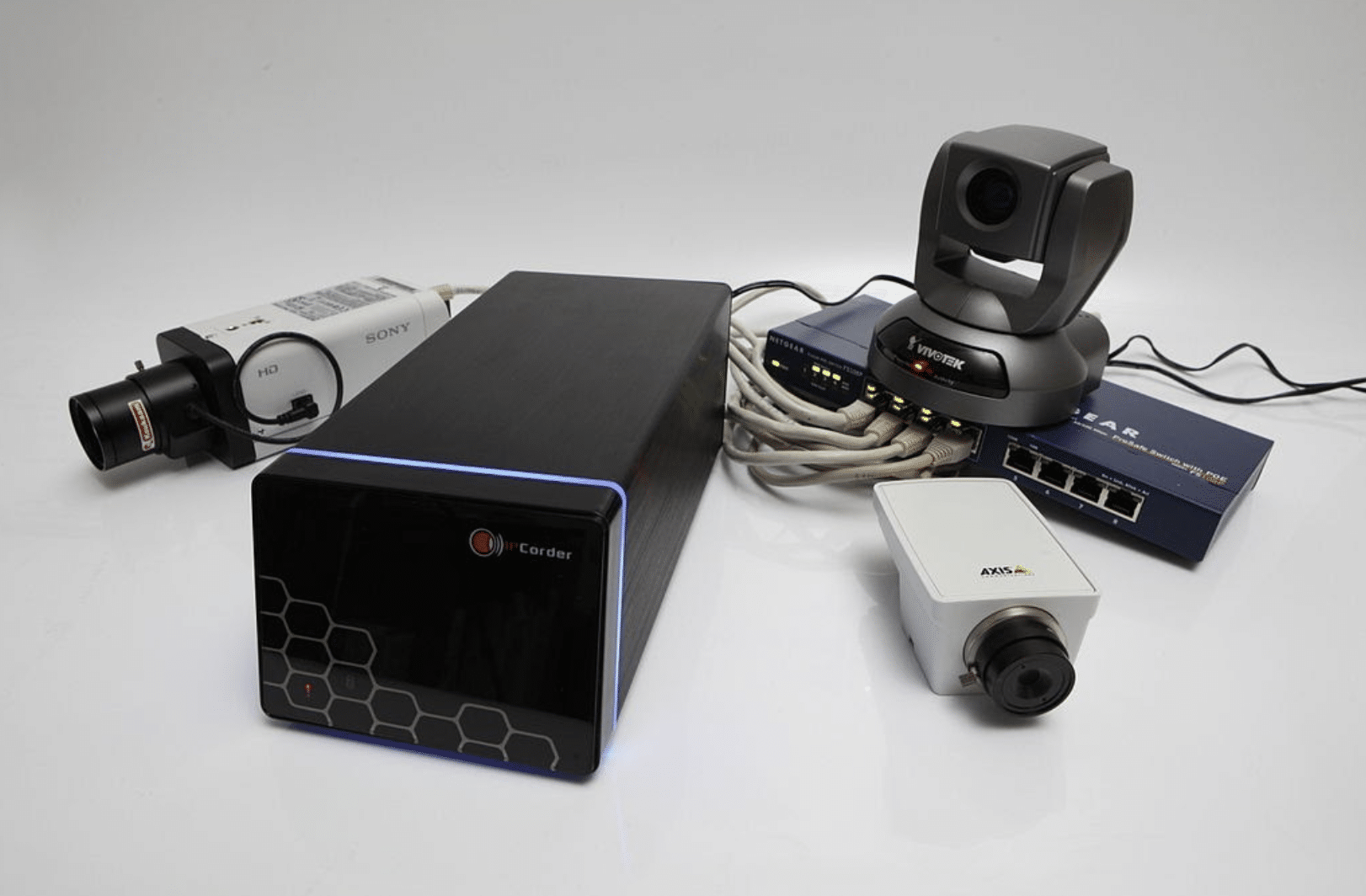 Vinyl gave way to cassettes, which gave way to CDs, which gave way to MP3s. (The fact we’ve gone full circle and returned to vinyl albums is a subject for another day.) Betamax to VHS to DVD. Floppy disk to USB thumb drive to cloud storage. Movie theaters to Blockbuster Video to Netflix. And so it goes.

As the technology evolves, there’s bound to be some overlap with two or more styles, versions, or types competing to be the preferred one. Security systems are not immune to this.

Take the debate over bullet vs. dome cameras, for example. And unless you plan to sit and watch a live feed of your cameras—or are willing to pay someone else to do it—you’ll need some way to record that footage in case you need it later.

The Case for Cameras

Take property crime. It’s over 5x more common than violent crime. This category includes larceny-theft, burglary, motor vehicle theft, and arson. Property crimes resulted in losses of $15.8 billion in 2019, and there were just under 6.5 million reported cases in the US in 2020.

The good news? It has been trending down for the past 30 years, after topping out at nearly 13 million cases in 1991. But 6.5 million is still a lot, and burglaries accounted for just over one million of those reported instances.

Home and business security cameras can help mitigate the risk to you, your family, and your property:

Alarms and cameras make a difference, both before and after a crime takes place.

They serve as deterrents, and if you are the victim of a robbery, providing the footage authorities can increase the odds of catching the criminal and getting your valuables back. That’s to say nothing of the other crimes that have been solved with the help of both public and private surveillance cameras.

The key takeaway? You must record and save your footage. And that brings us back to the question of NVR or DVR systems.

What’s the Meaning of NVR and DVR?

You can aim security cameras at strategic entry points and objects to capture video footage, but the system must process and store that footage somehow if you want to return to it later.

Most of the time, that “somehow” is either going to be an NVR or DVR.

Does that matter? What difference does it make? Is one superior to the other?

DVR Systems in a Nutshell

In this setup, analog cameras capture video footage, and that raw data must be transferred to the recorder via coaxial cables. Once there, the DVR processes the data into a digital format and stores it for later retrieval.

This is exactly like the DVR you may have attached to your television to save your favorite shows.

Each analog camera must have its own power source, and it must be directly connected to the DVR by a coaxial cable of no more than 300 feet. Any longer and the video quality suffers.

Digital video recorder systems have been around longer, so you’re dealing with slightly older technology.

On the plus side, you’re looking at lower upfront costs, a less complex setup, and easier maintenance. A DVR will work with just about any analog camera, so you’re not required to purchase everything from a single brand.

That said, it has some serious limitations:

A DVR system is still a reliable option, and any security system is better than none. If you’re looking to control costs or you have some coaxial cables already installed, it’s a good choice for your security needs.

NVR Systems in a Nutshell

The camera itself captures and processes video footage, then transmits it to the recorder for storage. This can be done either wirelessly or via an ethernet cable.

In an NVR system, IP (internet protocol) cameras have their own power source (battery or electrical outlet), and the video is transferred via your Wi-Fi signal. PoE cameras are wired to the recorder via an ethernet cable that provides them with power and a means to transfer the video footage. Additionally, IP and PoE cameras can record and transmit both video and audio data, so captured footage will have sound if the camera has that ability.

Beyond that, the video footage will be of higher quality than is possible with an analog camera. You also have greater flexibility with wireless cameras, since you can place them anywhere so long as they can connect to the network, as well as PoE cameras, which have a range of up to 328 feet, with ethernet extenders available for even greater distances. And the entire system is available online.

And because NVRs have access to the cloud, they are not hampered by physical storage limitations. You may also connect a 60GB NVR to an additional 200GB, 5TB, or more of cloud storage.

But it’s not a perfect solution:

An NVR system comes with a lot of bells and whistles that just aren’t possible with its DVR counterpart. If you’re comfortable with technology and willing to pay more for a premium product, then you should definitely consider an NVR security solution.

NVR and DVR: A Side-by-Side Comparison

As with most things in life, it’s going to come down to your specific wants, needs, and preferences.

Both NVR and DVR systems provide a deterrent to would-be burglars, and the ability to record and save video footage. That’s what you need at a minimum, and either system will increase your security and peace of mind.

If price is your only concern, then opt for DVR. It’s the cheaper choice.

If video quality and coverage area are top of your list, you’ll be much happier with an NVR.

And if you’re looking for something quick and easy to troubleshoot, then a DVR system is probably the way to go.

But if you’re comfortable dealing with tech, you can’t beat the options available with a robust NVR set-up.

Your needs, your comfort level, your budget.

Nothing and no one knows more about that than you. If you’ve done your research and examined the available options, it’s time to make your choice. Don’t agonize. Go with the best fit.

Home security is a matter of bad, better, and best. Having nothing in place is bad. Only about 17% of Americans have a security system in their home. Get in that group. Don’t wait until it’s too late. Having either a DVR or NVR security system is better.

But choosing whichever one checks all of your boxes is best.