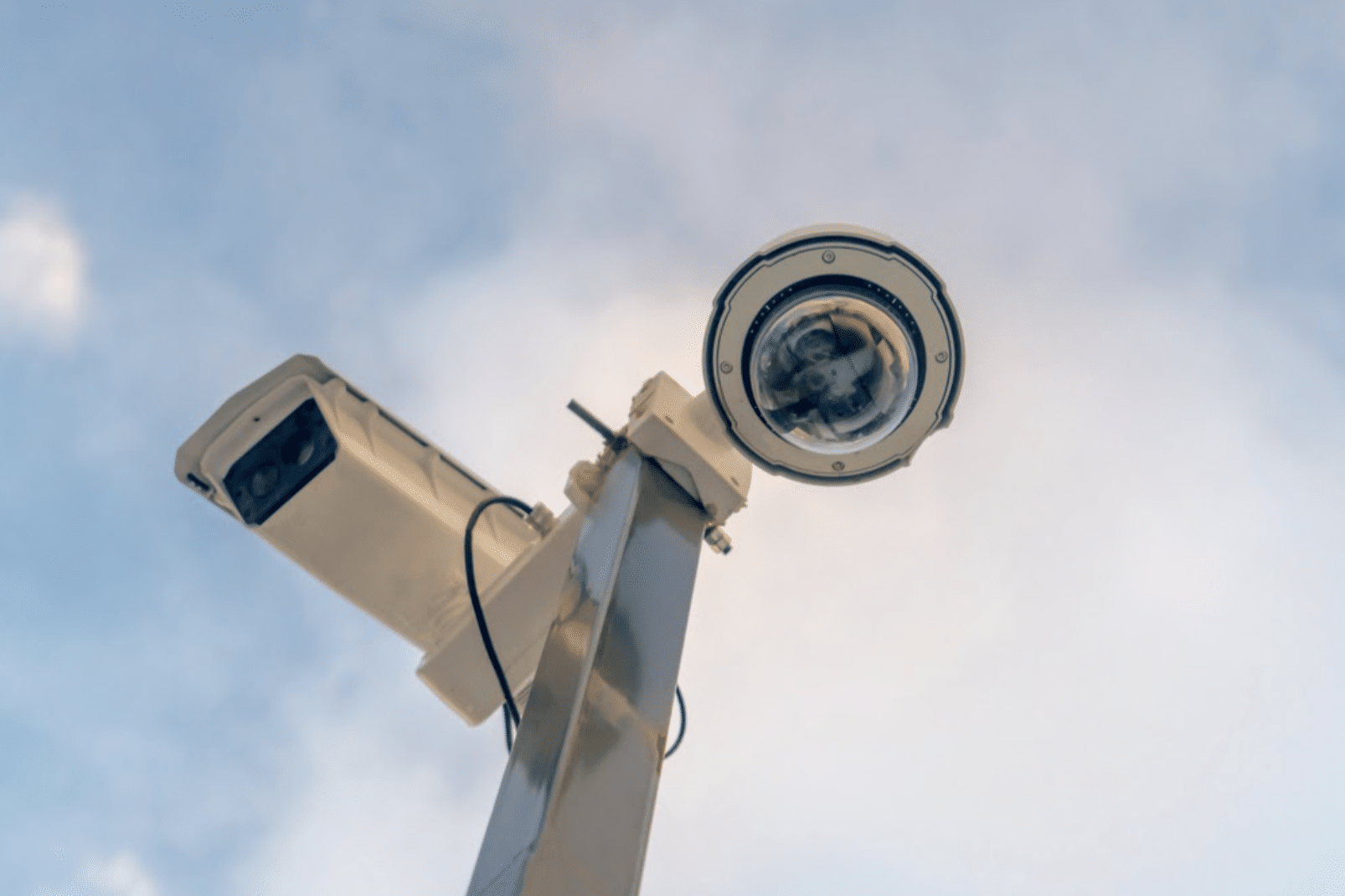 The Beatles or The Rolling Stones?

It often seems like everything boils down to two main options. There may be others, but the majority tend to go with one of two.

Security cameras are no different. There are a handful of others — doorbell cams, webcams, hybrids — but most of the time you’ll be considering either a bullet or a dome.

But what exactly are the differences between dome and bullet cameras? Is one better than the other? Are they both equally suited for the job? Does it ultimately come down to personal preference and aesthetic?

The Case for Cameras

Before we dive in, let’s take a minute to review the case for cameras in general.

The smart home technology sector is expected to be worth about $31 billion USD by 2023. Security cameras and their corresponding mobile apps will be a large chunk of that.

Why? Because cameras and the ability to monitor your property — either yourself, via paid professionals, artificial intelligence, or some combination therein — are affordable and effective ways to protect what’s yours.

In short, there are a lot of burglaries taking place — despite the fact the overall number has actually been decreasing since 1990 — and the presence of a security system and cameras in particular will make your property safer, better protected, and much less appealing to a would-be thief.

So in answer to whether you should consider security cameras in general, the answer is an emphatic ‘yes’.

But what kind? Bullet cameras, or dome cameras?

The Case for Bullet Cameras

As the name implies, bullet cameras are elongated cylinders (or rectangles) with a camera lens at one end. They look a little like a bullet in that sense, and they’re probably the type of camera you’re most used to seeing in public and private spaces. They are also sometimes called a lipstick camera.

The older of the two styles, a bullet camera is designed to point directly at whatever area you want covered, in much the same way you would point a gun at its target.

It’s a battle tested design with a number of advantages, including: 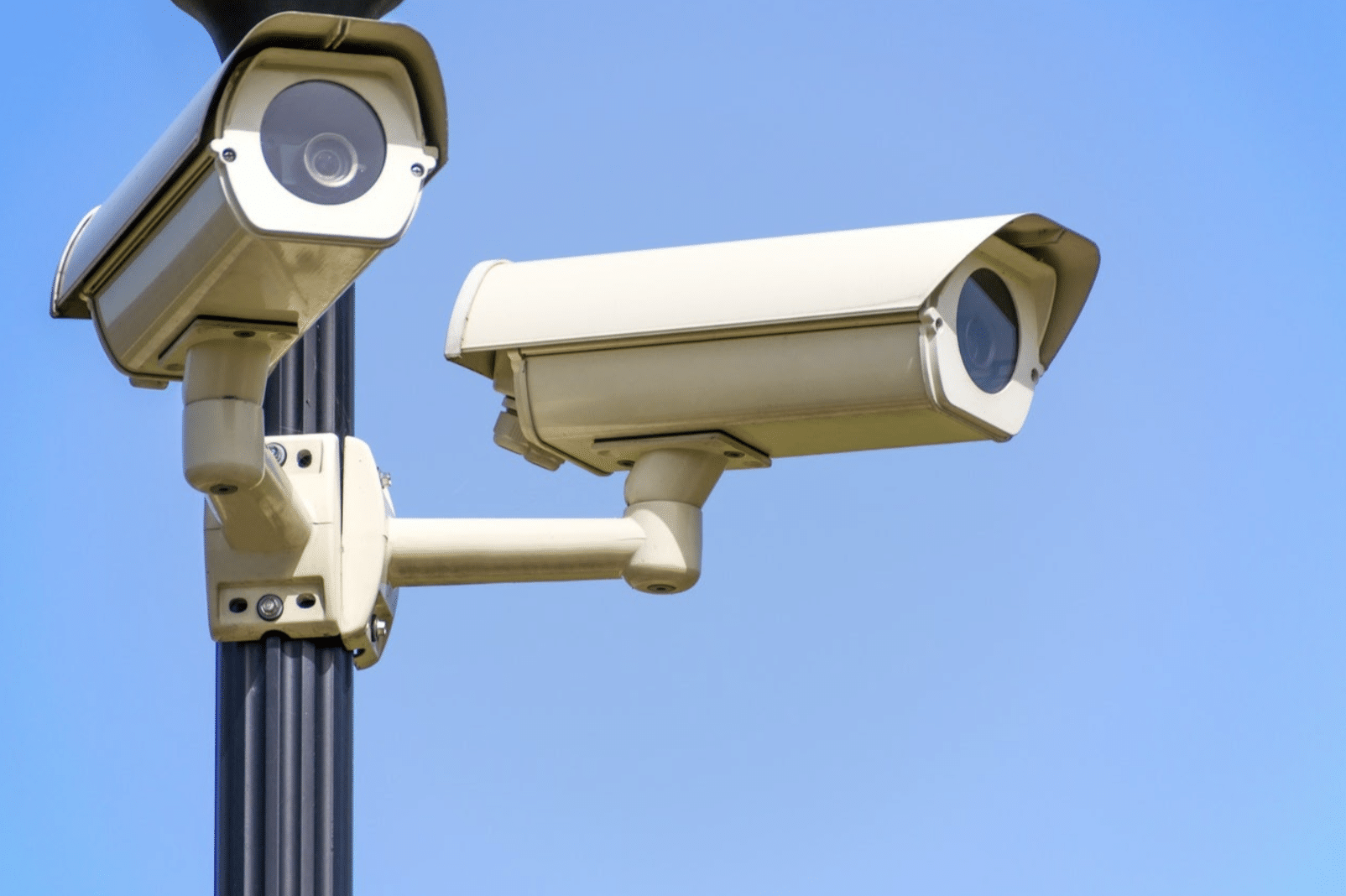 These cameras are best for the DIYers out there, with straightforward installation and maintenance requirements.

That said, a bullet camera is the easiest to vandalize. Individuals can hit them, pry them off their joints, grab them, pull them, turn them away, or cover them. Installing them sufficiently high off the ground makes that all much more difficult, but not impossible.

And because of their shape and the warmth they generate, bullet cameras often attract birds and other small animals that may interfere with or block the lens.

The Case for Dome Cameras

Alternatively, you could opt for a dome camera. Named after their shape, the camera itself is protected under a glass or plastic dome.

More modern in design and capabilities, dome cameras are routinely installed indoors and on the ceiling, although you could put them on a wall and outside if properly weatherproofed. 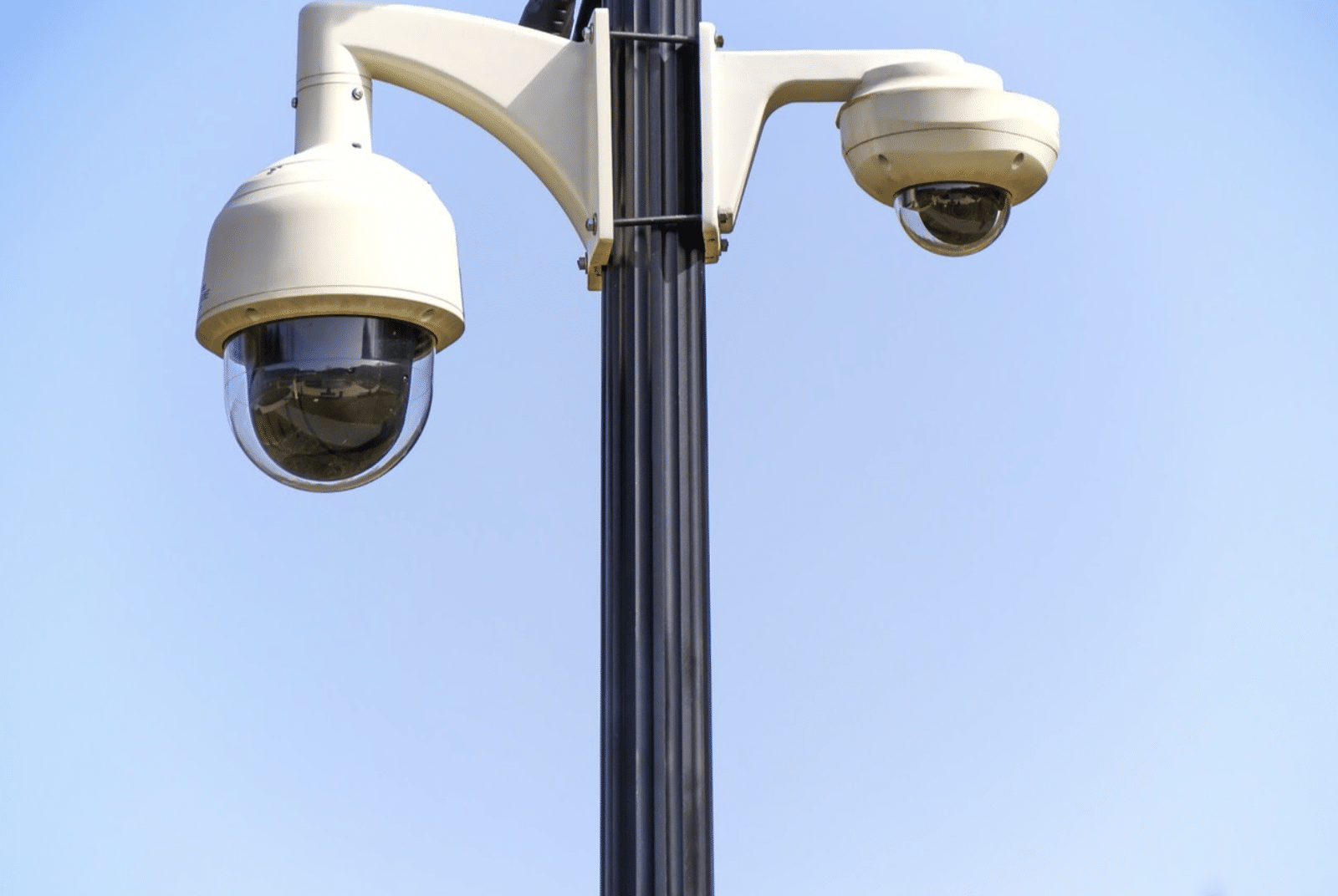 Perhaps the biggest difference between a dome and bullet camera is the field of view.

Whereas a bullet camera is focused on a smaller patch of territory like a front door, a dome camera can have a wide angle lens that covers anywhere from 100-degrees all the way to a full 360-degrees.

And because of the space within the dome, they can often be configured as PZT (pan-zoom-tilt), which allows them to pivot or rotate vertically and horizontally.

They are durable, discreet, and long-lasting.

Their shape makes them difficult to vandalize — there is little to grab or twist — and unattractive to nesting birds that could interfere with the video footage.

Many of them have slightly tinted domes that make the actual camera practically invisible to anyone wanting to know which direction it is facing, and what specifically it is covering.

But they’re not perfect, of course.

They tend to be more expensive, more labor-intensive, and the glass can quickly get dirty from dust and fingerprints.

Without the benefit of a lens flap like we see in the bullet design, dome cameras are more prone to interference from the sun or other bright light sources if not installed in a suitable location, and an improperly sealed dome may allow moisture to get at the sensitive inner parts.

Finally, they may suffer from some degree of IR bounce back — making their night vision less crisp and precise — if not built and installed properly.

In terms of specs, there’s not a lot of difference. You can usually get the same quality, size, features, and resolution in either model.

Ultimately, it comes  down to your specific needs:

A security camera — any camera — is better than none. The data is very clear on that. The presence of security cameras makes your property less appealing and harder to access without being seen or caught than the place next door.

The more risk to the would-be burglar, the less likely they are to even try. And few things increase the risk factor more than security cameras.

Which camera you chose is up to you. They both have their pros and cons. The differences between dome and bullet cameras are fewer than the similarities and benefits they provide.

Know exactly what you want, and making the right choice is easy. And if you’re still not sure, talk to a professional.

Installing any security camera provides peace of mind and may even lower your home insurance premiums.

Installing the right security camera for your needs? That’s priceless.