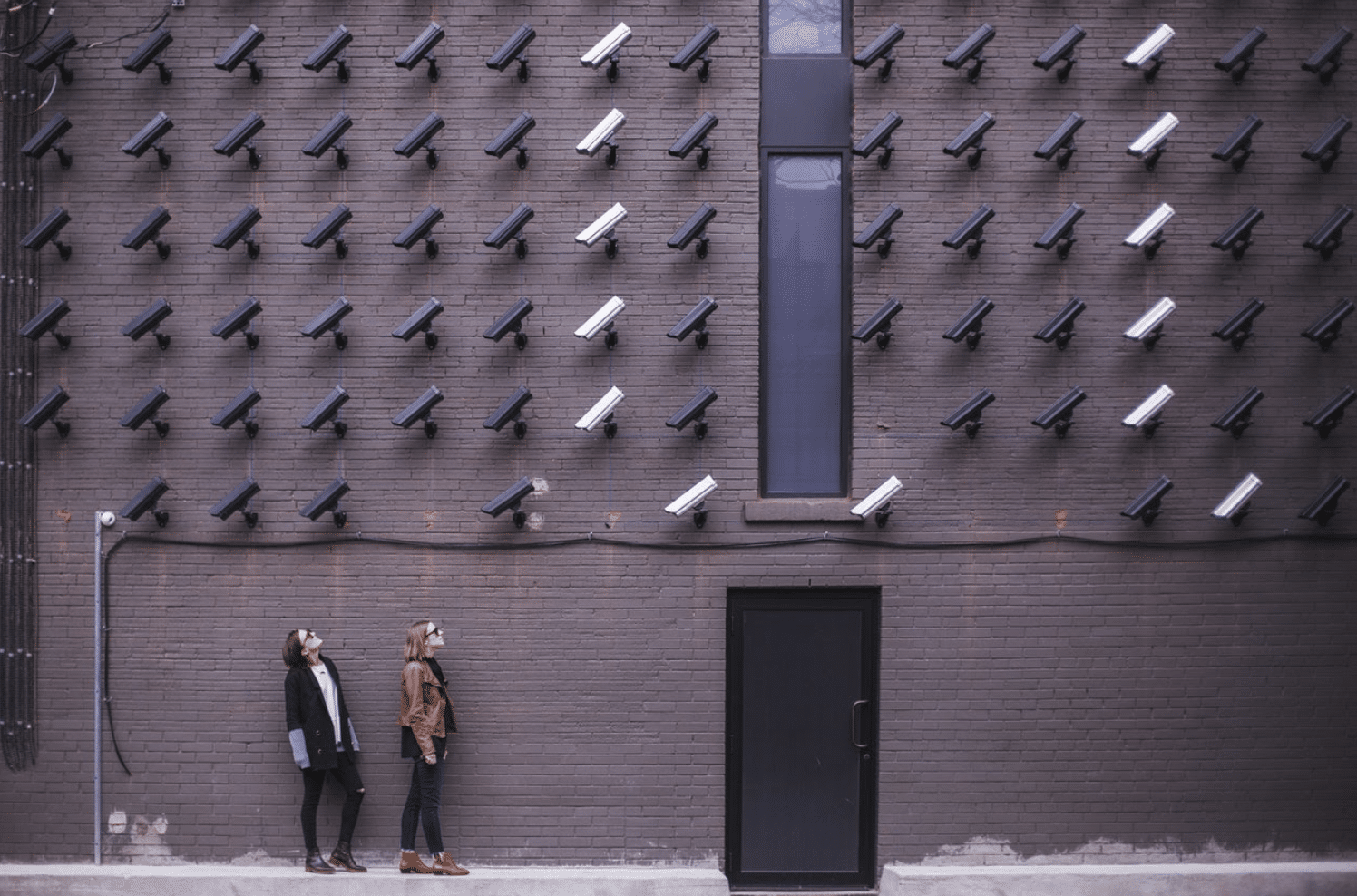 A dark home with no visible security or a home with cameras, sensors, alarms, and more: which one would you target? When it comes to keeping your home or business protected, few things are better than a security camera. In fact, 80% of surveyed burglars said they first check for a security system before a break-in, and 60% of them move on to the next house if they find one. But that’s not to suggest cameras are the only thing that works. There’s no shortage of burglar deterrent gadgets that protect your property. Most are readily available and affordable.

What to Look for in Burglar Deterrent Gadgets

Home protection devices should serve at least one of two purposes (ideally both):

Security cameras check those boxes. Other devices can help.

Burglars want it dark and quiet for obvious reasons. They want to slip in and out of an empty property unseen and unnoticed. These burglar deterrent gadgets make it difficult to do so.

A well lit exterior is a solid burglar deterrent. Even lights that are turned on at dusk and off at dawn eliminate the cover of darkness that burglars rely on.

But an even better option is outdoor lighting that is activated by a motion sensor. Not only does it throw a spotlight on anyone trying to sneak up on your property, it can alert you and your neighbors to their presence. A light turning on in the middle of the night gets attention.

A motion-activated wedge light is a good option. It installs virtually anywhere, costs less than $50, and its integrated solar panel keeps it charged and ready to go, 24/7/365. 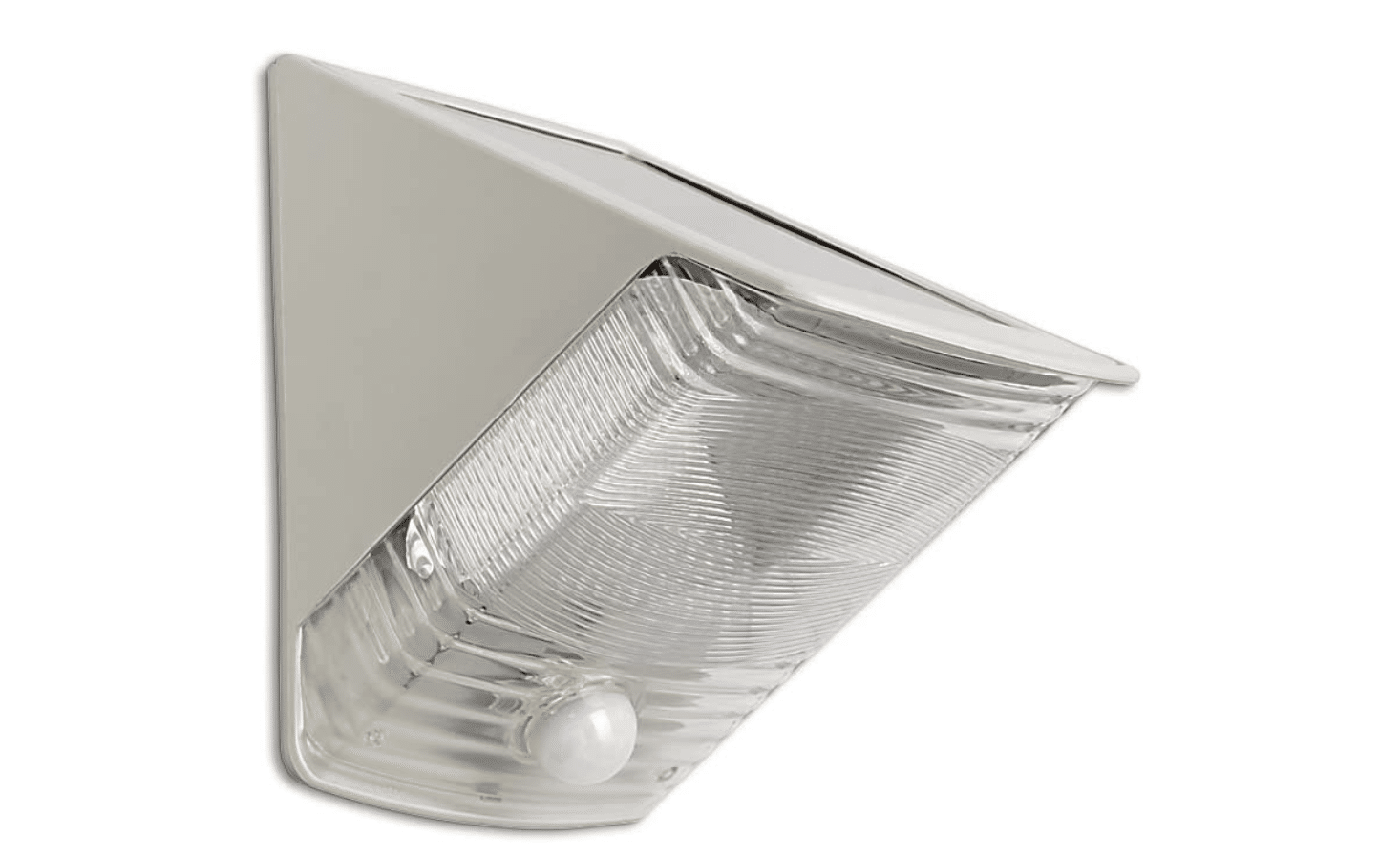 A good security system will include this technology, but you can pick up some inexpensive portable sensors to go along with whatever system you have.

These are generally not much bigger than a deck of cards, and can notify you via a mobile app whenever they detect movement within or without your property. Some can even link to a smart thermostat to turn your heat down when no one is home, saving you money. Win-win.

Put one in your garage, backyard shed, by the stairs, sliding doors, or anywhere else you want extra security. 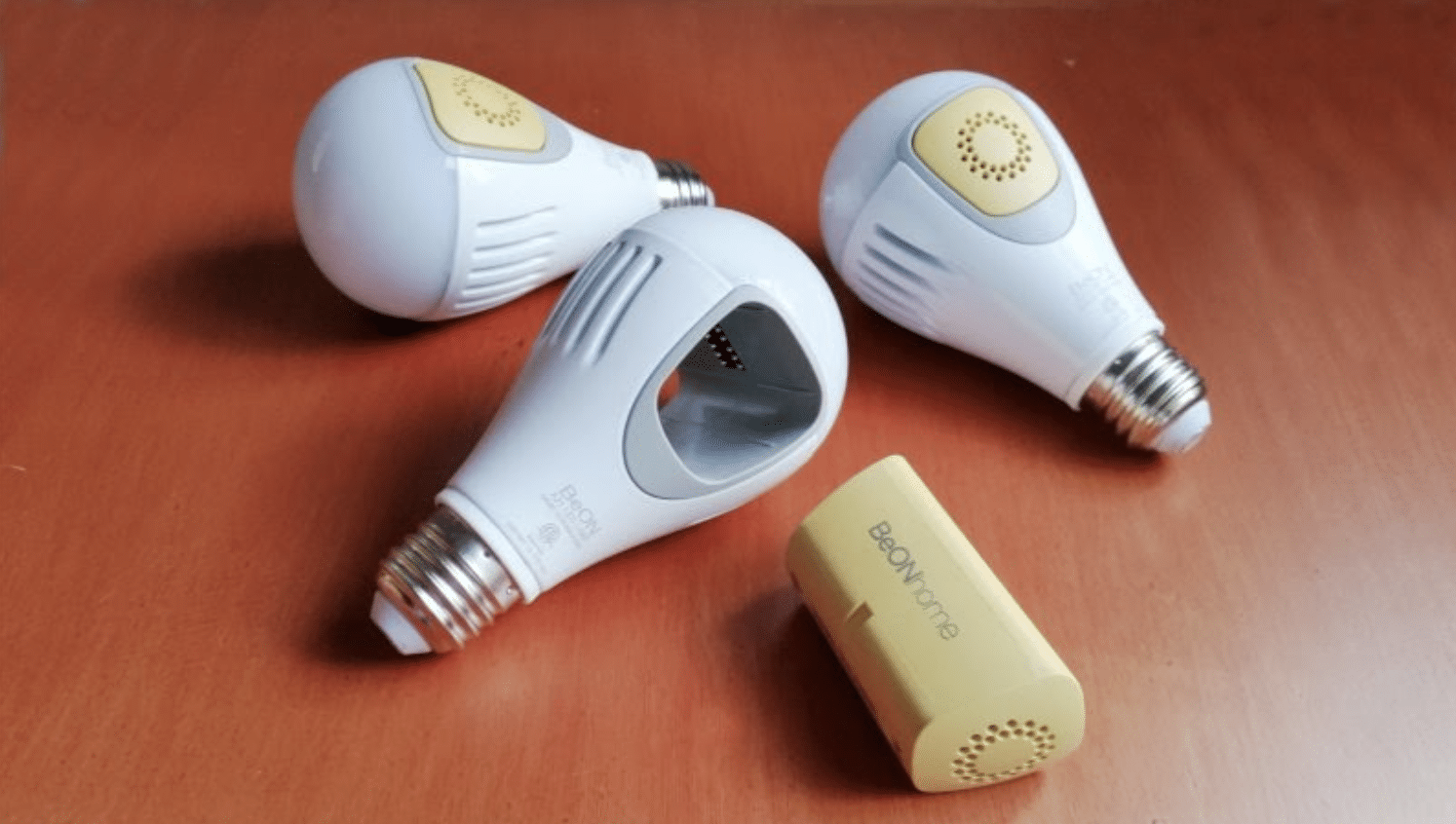 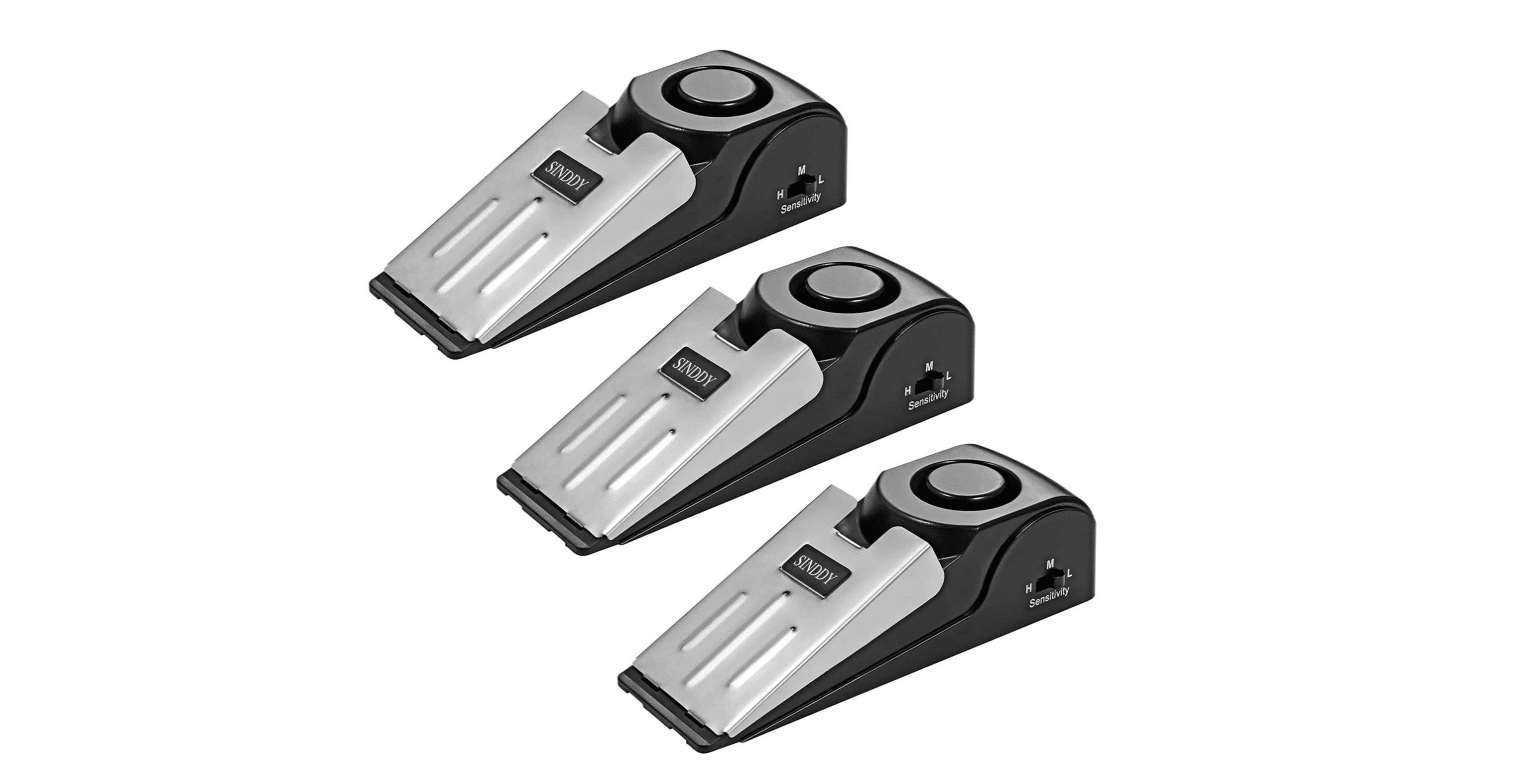 Would-be burglars are looking for empty properties, so anything you can do to at least give the appearance that someone is home will make your place a less appealing target.

Smart light bulbs work with a mobile app or home hub. They can be turned on remotely, or by a set schedule. Even when you’re away for the night or longer, these lights can make it seem as though someone is there.

The BeON LED bulbs take that a step further. In addition to the features already mentioned, these bulbs have an embedded microphone that can turn on when they hear the doorbell.

As many burglars like to knock or ring the bell to confirm a property is empty, this can be a fantastic deterrent that sends thieves scurrying away.

Burglar deterrent devices don’t have to be fancy. Case in point: door wedges.

These little gadgets are cheap, portable, and easy to use. Turn it on, slide it under a door you want to monitor, and an alarm of 120dB or more goes off if anyone tries to open it. Simple, but effective.

Use them at home, on the road, in your son or daughter’s dorm room, or on vacation. The $15-20 you’ll spend on it buys plenty of peace of mind.

Some deterrent gadgets are so elegant and simple, you can’t help but wonder “why didn’t I think of that?!”

Ever notice the flickering colors in the windows of someone watching television at night? It’s instantly recognizable.

You could just leave your actual television on when you head out, but that can shorten its lifespan and increase your electricity bill.

Instead, grab a television simulator light. It’ll flicker, fade, swell, and change colors just like a real television, but only uses the same amount of power as a typical night light. Most include a timer function as well, and come in at well under $40.

Because nothing says someone is home like the television on at night. 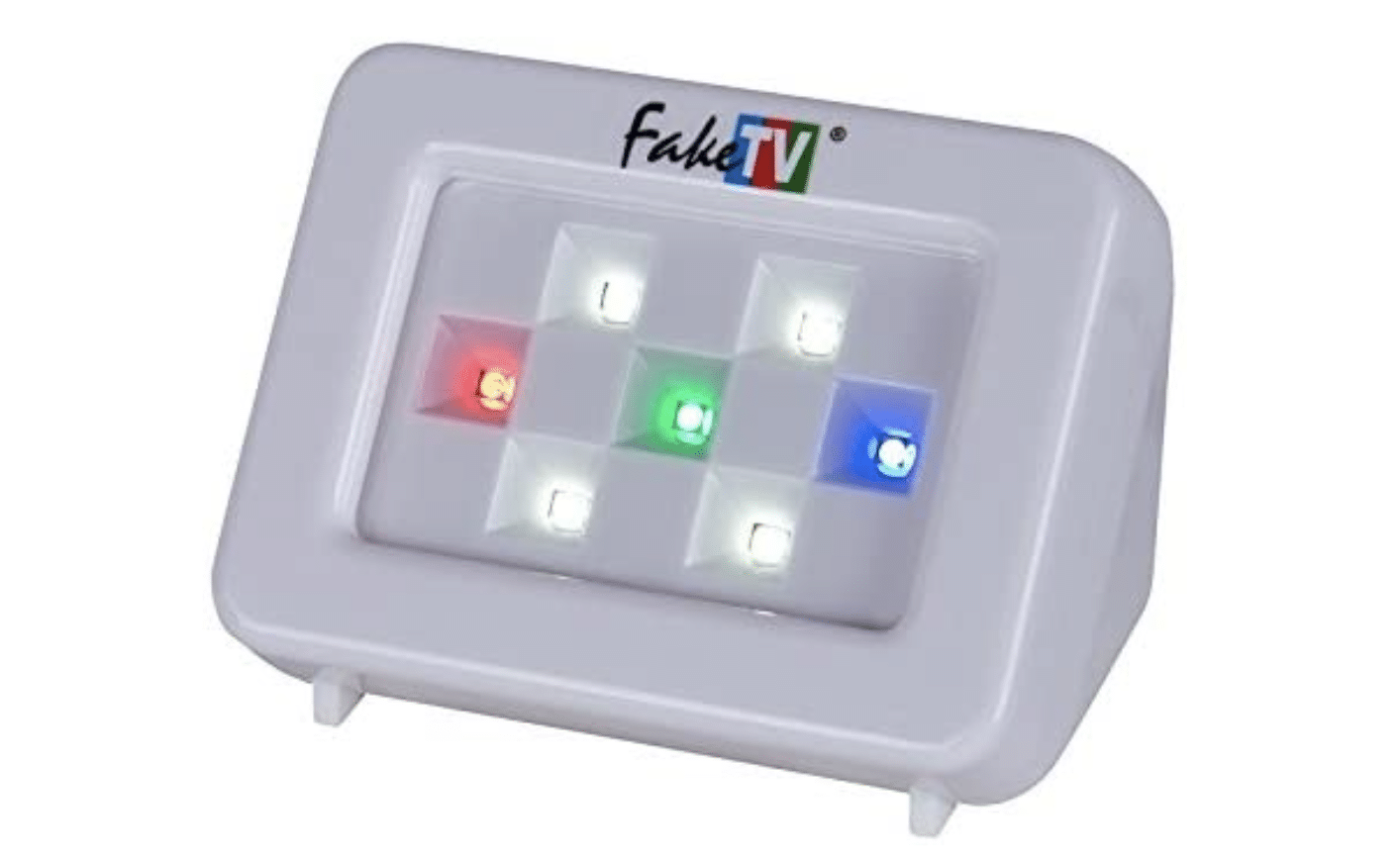 Here’s what the data tells us:

Door and window alarms install quickly—most via adhesive tape—and use magnets to detect when something is opened.

Widely available, you can usually get a pack of 6 for roughly $30, so covering your ground floor windows and doors doesn’t cost a fortune.

You’ll sometimes see suggestions to get a fake camera or a sign that says “This house is protected by Acme Security” (or insert whatever company name you choose).

While a visible security camera is definitely a deterrent—as is a sign when you do have a security system in place—fake ones accomplish very little. Should a burglar ignore them and break in anyway, you’ll have no footage to share with police and no alarm to notify neighbors, you, or your family.

There’s no harm in trying a few of these low-cost gadgets to prevent burglars from breaking into your home. (Extra security is always better) That said, security cameras with integrated lighting and/or motion sensors are your best bet for protecting your property and those you love. An investment to increase your safety and your peace of mind is money well spent.

And for more crime preventative measures, crime prevention through environmental design is a philosophy that encourages the use of deliberate design elements to eliminate or reduce criminal behavior before it happens.

You don’t have to make your home a fortified castle. You just need to make it look like you did.