The 5 Pillars of CPTED: Territorial Reinforcement

Read the paper or browse online, and there’s always some burglary or assault or other violence making news. It can feel like crime is an inescapable fact of life.

And while that may be true, the data paints a much more encouraging picture. Property and violent crimes have actually been decreasing for the past 30 years:

We tend to fixate on the negative, but those numbers don’t lie. Things are getting better.

Property crime — including larceny, motor vehicle theft, and burglary — is nearly 6x more prevalent than violent crime, so it still makes sense to protect your home, business, and property. 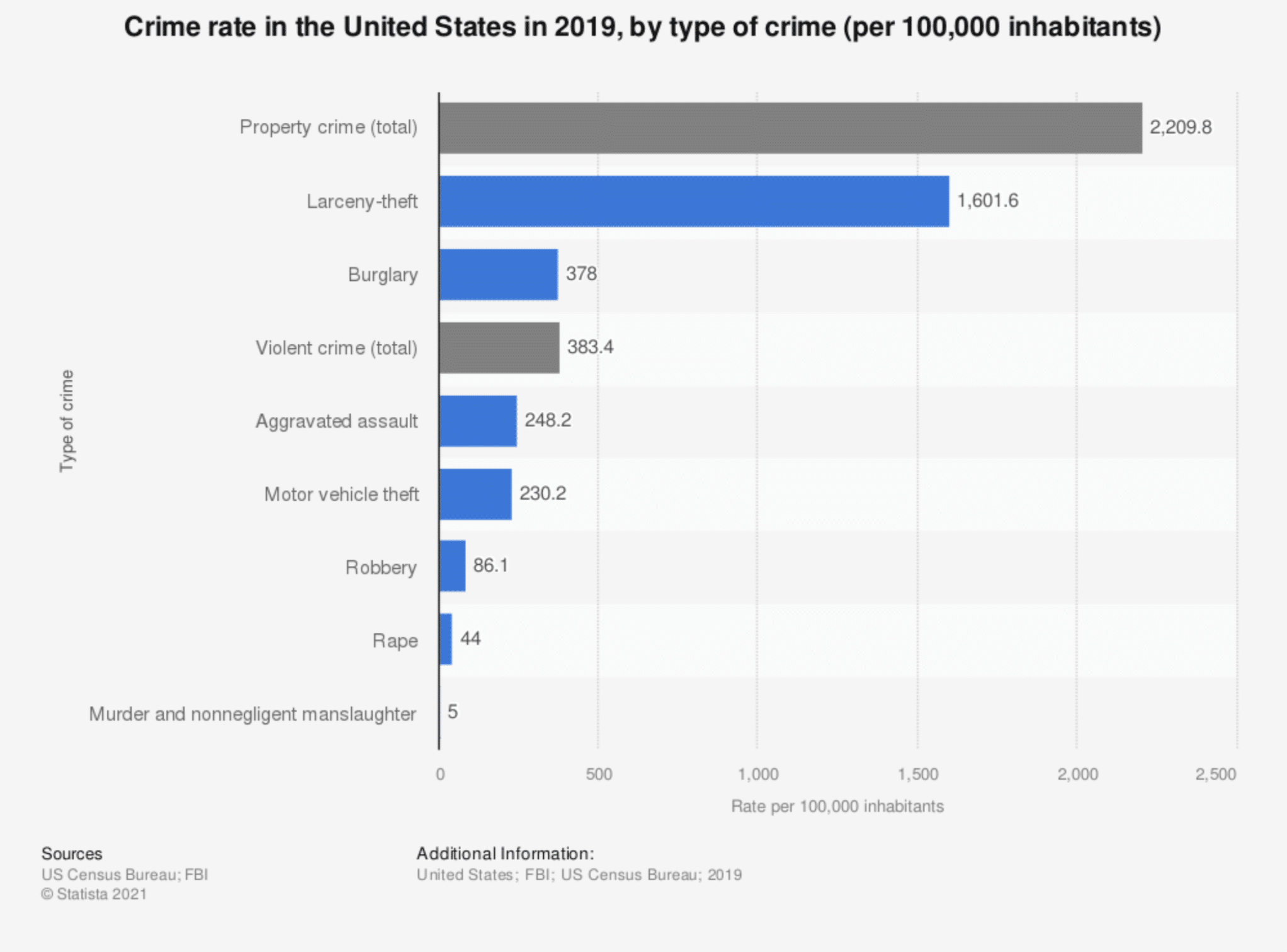 It stands to reason, then, that property crime (20%) is listed as the #1 safety concern, followed by violent crime (18%) and the COVID pandemic (17%) in the top three.

Locked doors, closed windows, and exterior lighting are a good place to start, but it’s wise to do more than just the minimum.

According to a survey of 15,000 Americans, security cameras are the preferred tactic, ranking higher than firearms, security alarms, and guard dogs.

Another strategy recommended by more and more law enforcement and security personnel is crime prevention through environmental design, or CPTED.

Through its five overlapping pillars, CPTED is the use of intentional design elements that work together to discourage criminal behavior before it happens:

You’ve likely seen CPTED in the real world without even realizing it. Keeping hedges no higher than four feet so people can see your house? That’s an example.

Clearly identifying your territory? That’s another, and the third pillar of CPTED itself.

On the whole, most people are law-abiding citizens and respect the property of others.

And that’s the idea behind territorial reinforcement: make it clear that an area is owned and cared for by someone.

Picture this: two homes, side by side. Both are occupied.

The first has a manicured front yard, well cared for garden, and a white picket fence around the perimeter.

The second has an overgrown lawn, dead flowers, and no fence.

Which one is more appealing to a would-be criminal? The first might have better things, but we can’t say that for sure. The only thing we do know is that one is cared for, and the other is not.

And if the occupants don’t care for it, they might not be interested in protecting it with locks, cameras, or alarms. It’s an easier target in that sense.

Territorial reinforcement sends cues out to the world declaring that this is your space, it is not public space, and you will defend and protect it.

The image above demonstrates territorial reinforcement with the iron fence clearly separating public and private space (as well as the groomed and debris-free lawn), natural access control (preventing people from wandering in for whatever reason), and natural surveillance (by keeping the fence low and see-through).

Territorial Reinforcement in the Real World

Take a look from the outside of your home or business. What do you see? Does it look owned and cared for? Or does it look abandoned, unkept, and ignored.

One will give criminals pause, while the other will attract them. You want by-passers to instantly see that someone is present in the space, looks after it, and cares what happens to it.

A sign saying “No Soccer” in a public park is an example of territorial reinforcement. It enforces the idea that no one should be playing soccer there, so people are more prone to notice if someone does it.

Likewise, an individual climbing over a fence is obviously violating that territory to anyone who happens to see it.

Territorial reinforcement can be accomplished via:

Timothy Crowe talks about the Three-D approach to territory assessment:

So ask yourself: what is the designated purpose of this space? How is it defined? Who owns it? Are there signs and clear borders? How well does the physical design support the intended purpose?

Your backyard, for example, is designated for the enjoyment of you, your family, and invited guests. A fence or low shrubbery around the perimeter makes that clear to everyone else, whereas the lack of clear borders may lead to confusion or invite unwanted guests.

At its simplest, territorial reinforcement is deliberate steps to make it abundantly clear that your property is your property, that you’re an active presence in the space, and you will protect it from all intruders.