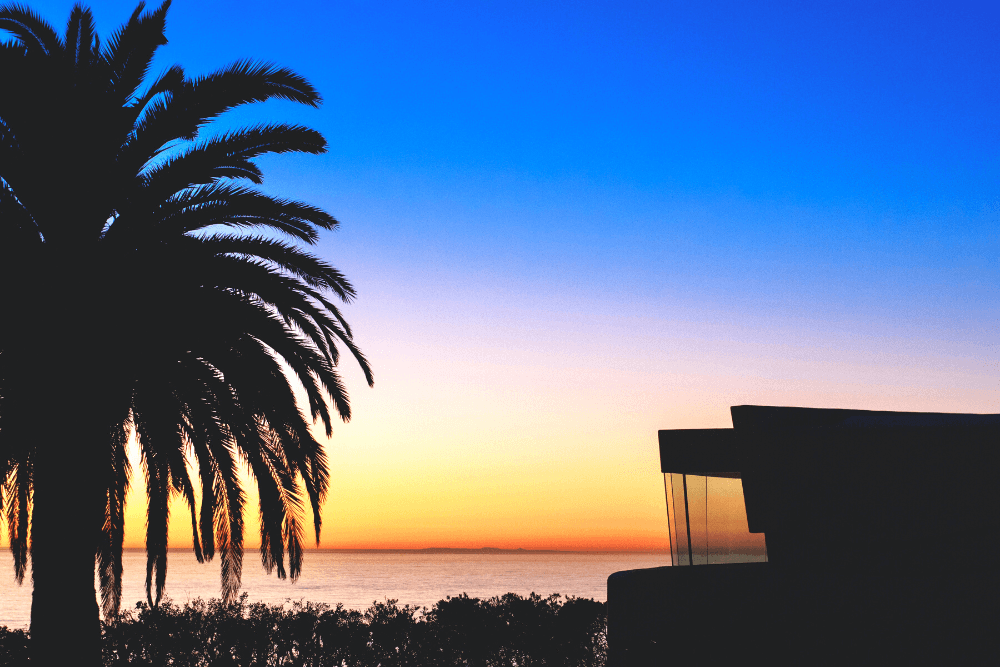 Let’s start with traditional single-family homes. Whether you’re considering a hidden camera to keep an eye on the babysitter or a fully monitored video surveillance system to catch burglars, there are several laws you need to keep in mind. Most California video surveillance laws for homes come down to privacy.

At first glance, installing a security camera in your own private residence sounds like a simple proposition. After all, why shouldn’t you be allowed to record yourself? However, this isn’t so simple after all.

What about the guests that you invite into your home? You must uphold their right to privacy. As a result, the law prohibits recording devices in bathrooms and bedrooms. Anywhere someone would reasonably expect privacy is a bad spot for a camera.

So, you’ll want to keep your security cameras pointed at common areas. That means the living room, kitchen, dining room, and the like. Legally speaking, the cameras in these rooms can be hidden. However, let guests know that recording equipment is present. You don’t have to reveal the precise locations of devices, but saying that they’re there is good practice.

This is especially important if you use nanny cams. Caregivers who spend hours in your residence alone regularly should absolutely be made aware of recording devices. You should also assure them you haven’t placed surveillance cameras in private rooms. If you have a live-in nanny, then any area that he or she would reasonably consider personal living space is off-limits. That would be like putting a camera inside your neighbor’s house.

By comparison, the laws governing outdoor surveillance devices are more lenient. You can put cameras anywhere, as long as they’re pointed either at your own property (your garage, yard, driveway, etc.) or a public area in which no right to privacy exists. Examples include the sidewalk or public lots.

What about pointing cameras at the house next door, such that they get a clear view through your neighbor’s window? That would be illegal. California video surveillance laws give you the right to protect your home via video surveillance, but they draw the line at violating another’s privacy.

That said, if your neighbor has a security camera pointed toward your house, but it’s not peeking through a window, don’t assume they’ve done something illegal. When comedian Kathy Griffin and her boyfriend Randy Bick wanted to complain about their neighbors’ loud parties, they started recording. Some footage came from security cameras. The neighbors in question, the Mezgers, sued for violation of privacy. The court ruled against the Mezgers, arguing that “only a small portion of [the] plaintiffs’ backyard could be seen, plaintiffs and their guests could barely be seen, and the content of their conversations could not be discerned.” In other words, even though Griffin and Bick deliberately recorded their neighbors, they had committed no violation, because they did not breach the Mezgers’ privacy.

The smart move in this situation—whether you have outdoor surveillance equipment or your house is in a neighboring camera’s field of view—is to have a conversation. Communicate proactively with your neighbors about all security devices before there are any issues. That way, all parties can be sure that they’re getting the privacy they expect.

In California, some types of businesses must have video monitoring in place. As with residential settings, commercial security cameras must not breach any person’s privacy. That includes both customers and employees.

In a clothing store, changing rooms are an example of a place where customers have a reasonable expectation of privacy. The showers and locker rooms in a gym fall under this category as well. As always, California strictly prohibits any kind of surveillance in restrooms.

That covers customers. But what about employees? California video surveillance laws have provisions for them, too. In addition to the protections afforded to customers, laws prohibit businesses from recording employees in break rooms or other areas specifically designated as private spaces.

Video recording in the public parts of a business or shared workspaces is permissible. But employers must make employees aware that the cameras exist. Also, audio recordings are strictly forbidden unless all parties being recorded give their express consent.

There are, of course, many possible layouts for a business location. Some of them include areas that don’t fall obviously into “public” or “private.” For example, what about a cubicle or the area around a water cooler? Generally, these would be places where a “reasonable expectation of privacy” doesn’t exist. Meanwhile, areas hidden by blinds or locked areas that are only accessible to employees with a key might be considered private. The California courts could easily rule that a hidden camera placed in a private or semi-private office is an invasion of privacy, as nearly happened in this case.

In any industry that serves the public, such as banking, retail, or food service, businesses must use surveillance technology for security.

Most security cameras can capture audio. As mentioned above, the rules regarding audio recording in California are strict, in part to protect stars from the paparazzi. Per California Penal Code § 632, you can’t use “an electronic amplifying or recording device to eavesdrop upon or record” a private conversation unless you have “the consent of all parties” involved in that conversation.

In practice, there are several important nuances to this law. It doesn’t protect conversations in public places or anywhere the participants could reasonably expect to be overheard. And it really only becomes an issue if you do something with the eavesdropped recording, such as publishing it or monetizing it.

Still, you can certainly use footage from your security cameras to catch burglars. They surrender their right to privacy when they enter your private property without permission. And a later section of California’s privacy laws specifically allows you to record private conversations to provide evidence of certain crimes like kidnapping, extortion, and violent felonies.

So be careful with audio recording. When in doubt, the safest route (legally speaking) is to turn that feature off for any indoor cameras that might capture private conversations.

Transparency is important regarding surveillance. Posting notices is a straightforward way of letting people know that there are security devices on your property. California doesn’t explicitly require you to provide signage, but doing so helps you comply with other laws.

The “reasonable expectation” of privacy is key to legal compliance in so many scenarios. Posting a sign about your cameras easily sets expectations. Consider this a way to cover your bases.

Granted, you shouldn’t take this logic to irrational extremes. Sure, you could put a camera in your bathroom and then warn every guest that they’re being recorded. But don’t be surprised to find that no one ever wants to visit your home ever again!

If you live in an apartment or condo, then all the above rules apply to surveillance inside your unit. However, take special care if you’re pointing cameras outside your unit. Hallways, common areas, and neighboring balconies may not seem like places with a reasonable expectation of privacy. However, your building may have additional rules that are stricter than condo or apartment security camera laws in California. Check with your landlord or HOA before installing any exterior cameras.

And if you own or manage a multi-tenant property, the reverse applies. Cameras in community areas are fine. Cameras inside tenants’ units are not fine. (Looking for multi-family residential security solutions? Deep Sentinel has you covered!)

If you’re installing surveillance equipment on public property, you’ll need a state-licensed contractor. But you don’t need a contractor to install simple wireless security cameras on your private property. (In fact, installation is an easy task. You can install Deep Sentinel wireless cameras in under 30 minutes, and we’ll help you figure out the ideal placement.)

California laws mirror federal surveillance camera laws, but there are a few important distinctions. Deep Sentinel’s California-based team has the expertise to help you install and operate your security cameras in compliance with state law. Now that you know your rights and responsibilities as a California resident, you’re ready to set up recording devices and make your property as secure as possible. Lights, security camera, action!