Caught on Camera: Security Camera Laws in the U.S. 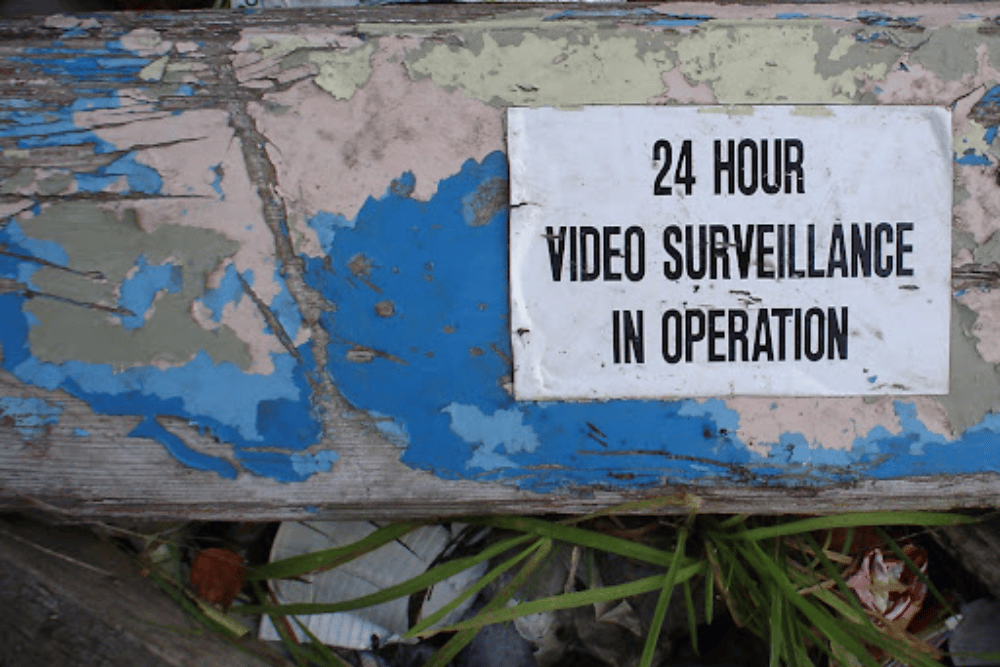 At work, on the road, at the bank, walking downtown, at the mall, and possibly even at home. They’re everywhere. In fact, Americans are caught on camera an average of 238 times each week.

Security and surveillance cameras are a powerful deterrent for would-be criminals and an effective tool for law enforcement. Their mere presence is often enough to reduce, if not outright eliminate, criminal activity in the area, as they increase the perceived risk of detection or getting caught. Just under half of the police departments in the US use closed-circuit television (CCTV) systems. That number jumps to 87% for those serving communities of 250,000+ residents.

One study in the UK found that surveillance cameras had some potent outcomes:

A review of 80 papers from the UK, the US, South Korea, Sweden, Canada, Poland, Spain, Norway, and Australia revealed a significant reduction in drug, vehicle, and property crime (but little to no impact on violent crime and disorder). And in a survey of 422 convicted burglars, the University of North Carolina discovered that 50% of them would move on from a property with outdoor cameras. So, while nothing stops every potential crime, security cameras definitely have a positive effect.

The takeaway? Cameras work and should be the keystone of any security system.

But what are the laws on outdoor surveillance cameras for home? Are there security camera laws and regulations to consider before you install them on your property?

The Rules and Regulations

In terms of rules around surveillance cameras, there are five different jurisdictions you should consult. They include:

Residential security camera laws may differ from place to place. A condo or co-op may have a rule against them in public areas. One state may demand proper signage, while a different one might have no such requirement. Always check the regulations for your particular property before doing anything to ensure you’re not violating any rules or bylaws.

At the federal level, privacy laws fall under one of five categories:

Every state in the country must adhere to these laws. However, they may tweak and adjust within reason for their own purposes.

Generally—at the federal level anyways—you can record video in public spaces where there is no reasonable expectation of privacy. You see that expression a lot when reviewing privacy laws at any level. If most people would consider it a private space (such as a retail store change room) then federal law prohibits surveillance cameras.

Most of the time, it’s easy to tell if there’s a reasonable expectation. Bathroom? Yes. City park? Not so much.

But if you’re not sure, contact the appropriate authorities to confirm.

If you’ve taken the time and expense to purchase and install a security camera, you’re obviously concerned about protecting your property. That’s key. You don’t need permission from guests or visitors to record them, provided you’ve taken steps to focus on your yard, driveway, or entry points. Security camera laws are on your side.

Captured someone approaching and knocking on your door? No problem.

Caught your neighbors leaving home via their front door? Perhaps surprisingly, that’s okay, too—provided it’s simply peripheral to the coverage you have of your property.

A security camera mounted on your outside wall to observe your driveway and lawn might inadvertently record people on the sidewalk out front or on an adjacent lawn. As long as it’s a public space, you should have no legal issue because there is no expectation of privacy in most outdoor areas. But point a camera specifically at a neighbor’s bedroom window, and you’re clearly violating their privacy.

Specific requirements vary state by state, but only 15 of them have specific security camera laws. Consider:

Federally, you can record audio under the one-party consent law, which requires the consent of only one of the parties involved in the conversation. That applies to phone calls as well as security camera footage. (Hint: If you’re taking part in the conversation, you’re one of the involved parties and can give consent.)

But you can not record any conversation considered confidential in California, even with consent. And 11 states—California, Connecticut, Florida, Illinois, Maryland, Massachusetts, Montana, Nevada, New Hampshire, Pennsylvania, and Washington—require consent from all parties for any audio recording.

When in doubt, find out.

Many families choose to install surveillance cameras both outside and inside their homes. While the extra coverage may provide additional peace of mind, it can become a legal minefield if you’re unfamiliar with the federal and state security camera laws.

The foyer, living room, kitchen, dining room, basement, and hallways would likely be fine, as there is no reasonable expectation of privacy in those locations. But the bathrooms, showers, and bedrooms are a different matter. Cameras in those rooms—even inside your own property—would be considered unlawful. Recording someone in a private setting without their knowledge is obviously an invasion of privacy and therefore illegal.

A New York nanny found a hidden camera in the bathroom of the home where she had worked for over a year. She sued for violation of privacy, unlawful surveillance—a crime punishable by up to 7 years in prison—and harassment.

You can use a hidden camera like a nanny cam, provided it’s in a public area of your home. To cover your legal bases, you should also disclose its existence to those being recorded, even if you don’t reveal its exact location to them.

Again, you’ll want to confirm your local and state laws. But clearly, security cameras at work are generally allowed both outside and inside. You’ll need to obey the same rules and regulations, though.

The California Supreme Court, for example, recently ruled that “while privacy expectations may be significantly diminished in the workplace, they are not lacking altogether.”

As such, the court recommends:

Additionally, in California, employers are not allowed to record union meetings, video with audio (unless given consent by all parties), or any space with a reasonable expectation of privacy.

Video Surveillance in the Bedroom

Is it legal to put cameras in bedrooms? The short answer is no. The longer answer? No, but with some exceptions.

A bedroom is most definitely a location where people would have a reasonable expectation of privacy. Recording would therefore be prohibited under federal privacy laws.

That said, the law makes exceptions for babies and young children—such as a baby monitor—but only up to an age when the child feels uncomfortable being on camera or recorded.

And should an adult sleep in that same room during a visit, they should be made aware of its presence.

Check with the appropriate authorities about needed signage. What’s true in one municipality or state may not be true in a different one.

California does not require a sign, but it is encouraged.

You’re more likely to see a sign at businesses rather than private residences, but there’s nothing stopping you from using one there, too. In fact, a well-placed sign can remove the expectation of privacy and serve as non-verbal consent from a legal standpoint. As a bonus, it also acts as a deterrent for would-be thieves.

In short, cover your bases. Keep your security cameras public, visible, and pointed at your property. Always get consent where required by law. And only work with security providers dedicated to protecting privacy as well as property.

Like Deep Sentinel. Check out our Trifecta of Privacy policy to learn more. One important note: to help you comply with local security camera laws, you can not use Deep Sentinel cameras indoors in residential locations. Uphold the law and stay safe.