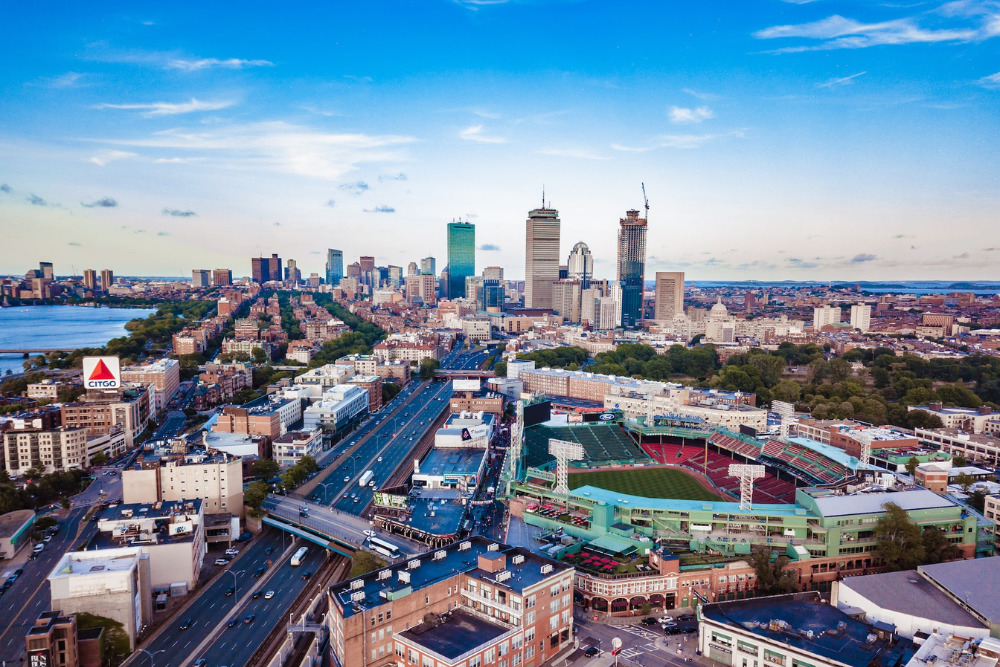 Boston seems to have it all. Prestigious universities. An iconic baseball stadium. A world-famous marathon. A revolutionary Tea Party. The capital of Massachusetts. Home of the first public park, public school, and subway system in the United States. Yes, the City on a Hill has a lot going for it, but is it a good place to purchase a home, start a business, or raise a family? Is Boston safe?

First settled in 1625, Boston is now a thriving metropolis of 675,647 residents. That makes it the largest city in Massachusetts and one of the most populous in the country. Sadly, where there are people, there is crime. So, how safe is Boston?

In a recent poll, 49% of Bostonians rated the city as “pretty safe,” 26% as “somewhat safe,” and 21% as “very safe.” Only 4% of respondents rated it as “not safe.” In other words, the vast majority of people living there feel at least pretty safe.

But feeling safe and being safe are two different things. What does the data tell us?

NeighborhoodScout uses a sliding Crime Index—where 100 is safest—to rate American cities. Based on 2020 data, Boston has a Crime Index of 19, making it safer than only 19% of places in the country. It’s also safer than just 2% of cities and towns in Massachusetts. But since it’s the largest city in the state, that statistic is probably not a surprise.

Not great so far. But when NeighborhoodScout compared Boston to communities of similar size across the country, they found it was actually safer than most large cities. Everything is relative.

Violent Crime: How Dangerous is Boston?

All told, your chance of becoming the victim of a violent crime in Boston is 1 in 154, which is one of the highest in the country.

Protecting your property should be a priority no matter where you live. In Boston, it’s a must.

To determine whether Boston is safe, it matters a lot where in Boston you’re talking about.

The Safest Neighborhoods in Boston

There are 23 distinct neighborhoods in the city, made up of roughly 84 sub-districts. As with any big city, some of them are safer than others. (In this case, that means crimes are fewer and farther between.)

According to NeighborhoodScout and FBI crime statistics, these are the safest neighborhoods in Boston.

Few of these are near the heart of Boston. Instead, you’ll find most of Boston’s safest neighborhoods away from the downtown. University campuses tend to experience less crime per capita, perhaps because of school-operated security patrols. Beyond this shortlist, other safe neighborhoods include Beacon Hill—home to the Massachusetts State House—and the suburb of Lexington, which is safer than 91% of cities in the state.

Of course, a city the size of Boston is bound to have its fair share of unsafe areas, too. 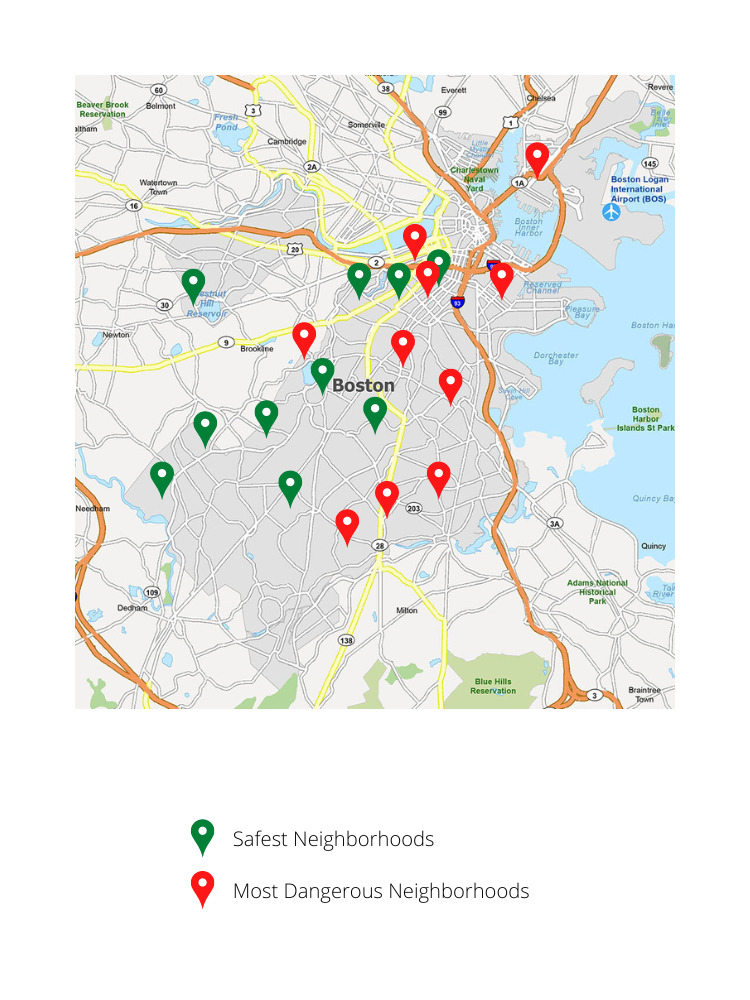 Sometimes the difference between safe and dangerous depends on the time of day. Other times, it’s a lot more complex than that. Regardless, Boston definitely has some areas where you’ll want to exercise extra caution, especially at night.

According to Upgraded Home, the areas that warrant more caution include:

Interestingly, South Boston, Hyde Park, and Jamaica Plain all have crime rates lower than the Boston average—19% lower, 26% lower, and 22% lower, respectively—while still appearing on the list of most dangerous areas. You’ll notice that some areas appear on the safest list and the most dangerous list. Because Boston has so many large neighborhoods, it’s possible to find safe spots within dangerous areas and vice versa.

For example, the area around Fenway Park is relatively safe for residents and tourists alike during the day. But it’s a different story once the sun goes down. Then, the bars get full and criminals are on the prowl.

The Central neighborhood has a violent crime rate 320% higher than the national average. No wonder it’s ranked as one of the most dangerous spots in the city. Best to avoid it at night or when walking alone.

Roxbury? The violent crime rate is 230% higher than the national average. It got a score of 99—with 100 being the most violent—by Sperling’s Best Places.

Mattapan? 135% higher. Some locals have even nicknamed the area “Murderpan.”

You get the idea.

Ultimately, Boston can be safe or dangerous, depending on where and when you find yourself in the city. The overall crime rate is higher than the national average, but it does not rank as one of the most dangerous places in the country.

While you’re in the city, you have a 1 in 38 chance of experiencing a crime of any kind. That’s not bad, but not great either.

So, is Boston safe? Yes. And no. Plan accordingly.

As the saying goes, an ounce of prevention is worth a pound of cure. Regardless of which area of Boston you find yourself in, consider these security tips:

Only Deep Sentinel can promise zero false alarms and the fastest response time in the industry: 30 seconds or less.

So whether you’re in Boston, Chicago, Las Vegas, or elsewhere, you’re always safer with Deep Sentinel.