In Search of Security: The Safest House in the World 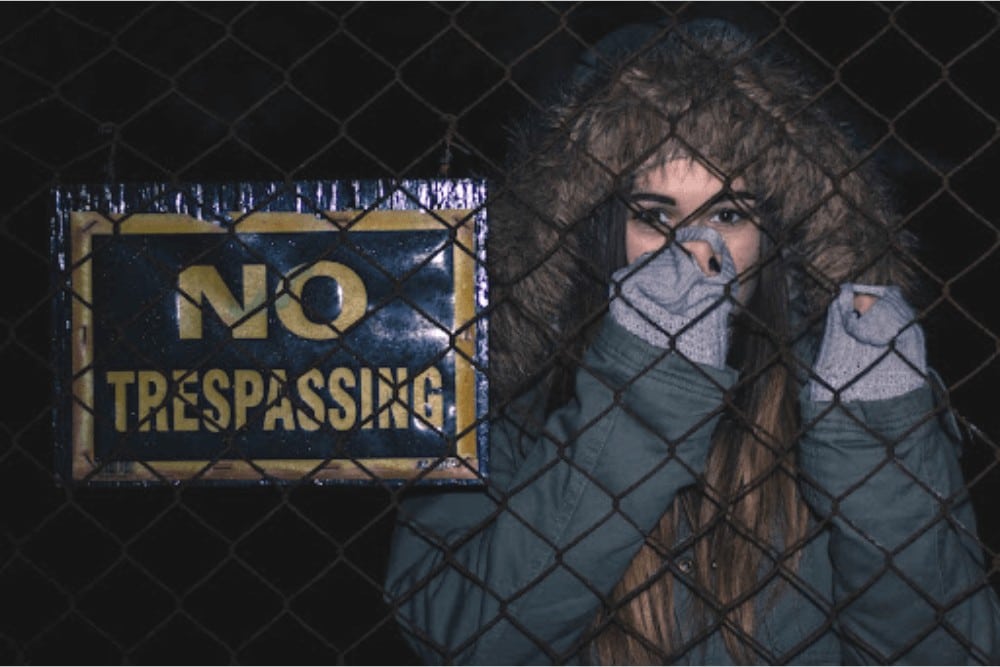 You’ve heard of a safe house, right? A secret location used by criminals and law enforcement to stay hidden and secure. Heist and spy movies make ample use of them. But what about the safest house in the world? Is there a safest house, and if so, what would that look like?

Most of us are at least a little concerned about the possibility of a burglary or home invasion. Despite that, only about 60% of American households have some sort of security measure in place. The most popular include:

Curiously, despite property crime seeing a slight uptick over the past few years, the number of people using protection measures dropped by 6% between 2019 and 2020.

An unprotected home is not a safe one.

Candidates for the Safest House in the World

There are a couple of obvious candidates for the most protected home on earth.

We could include Fort Knox—the U.S. Bullion Depository in Kentucky. It’s widely considered the most protected building on the planet. In addition to ridiculously advanced security measures, there are 40,000 military personnel in the adjacent Army post.

There is, however, another “house” in the States that could take the crown.

Located at 1600 Pennsylvania Boulevard in Washington, D.C., The White House is the fortified home of every U.S. President since John Adams. 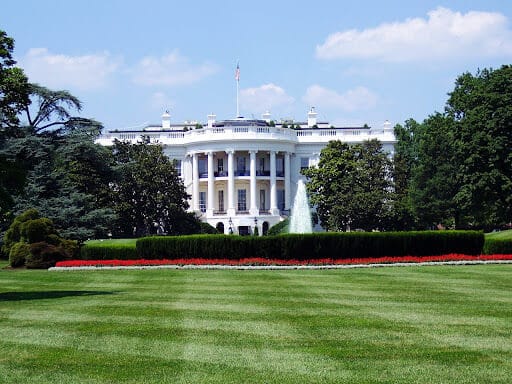 High fencing around the entire perimeter, a no-fly zone, metal detectors, armed guards at every entry point, bulletproof windows, a SWAT team on the roof, and a secure underground bunker are just some of the measures in place to protect POTUS from harm. And we haven’t even mentioned the 1,300 Secret Service agents that staff the place!

While we think of The White House as a government building, the President and the President’s family do in fact live on the premises in the Executive Residence.

But is it the safest home?

Originally built for the Duke of Buckingham in 1703, Buckingham Palace was expanded over the years. It became the official London residence of the British monarchy after Queen Victoria’s coronation in 1837. 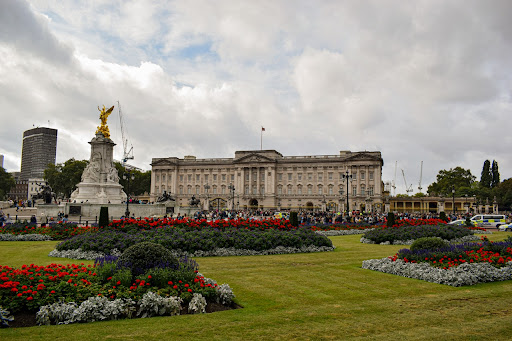 But protect it they do. That involves 24/7 foot and horse guards stationed around and inside the property—and each guard also watching the next closest guard—several panic rooms with 18-inch steel walls, bulletproof windows, cutting-edge security systems, and a contingent of outside law enforcement personnel ready to respond within seconds to a security breach.

In 1982, an intruder named Michael Fagan famously made it to the Queen’s bedroom before being intercepted by guards. You can bet they’ve tightened up since then!

As two of the most well-known and powerful leaders, both the Queen and the President of the United States need that kind of hardcore protection at home. But can The White House or Buckingham Palace claim the title of the safest house in the world?

Let’s compare them to some private residences to see how they match up.

Since it’s owned by the founder of renowned security firm SAFE (Strategically Armored & Fortified Environments), you would expect Al Corbi’s home to rock some seriously robust protection. And it does. 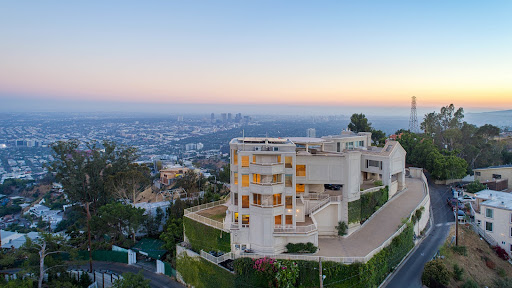 Situated in the Hollywood Hills, the 11,000-square-foot property was built in 2001. It recently sold for $3.65 million. Resting upon a small hill, the building looks like an ancient citadel at the heart of a walled city. The elevation provides a 360-degree panoramic view of the surrounding area. This makes it virtually impossible for anyone to sneak up on it.

The home boasts biometric access at every entry point, concrete and steel columns that burrow 30 feet into the hilltop as protection against earthquakes and other natural disasters, smart locks, fog machines to confuse intruders, motion sensors that can detect a trespasser up to half a mile away, and not one but two ballistics-proof panic rooms… the largest of which is 2,500 square feet itself.

And we’d be remiss if we didn’t mention the Burglar Blaster Disintegrator, which rains down pepper spray once activated.

That’s a secure house if ever there was one.

Built by Polish architectural firm KWK Promes, the so-called Zombie Bunker looks like something out of a post-apocalyptic movie.

Stylish and inviting when open, the property is 2,500 square meters and includes a pool, garden, and rooftop terrace.

The outer structure is built of super strong and thick concrete with heavy shutters and moving walls made of specially designed iron and mineral wool. When closed at night, the home becomes a solid and immovable block of concrete with no exposed windows, doors, or ways in. 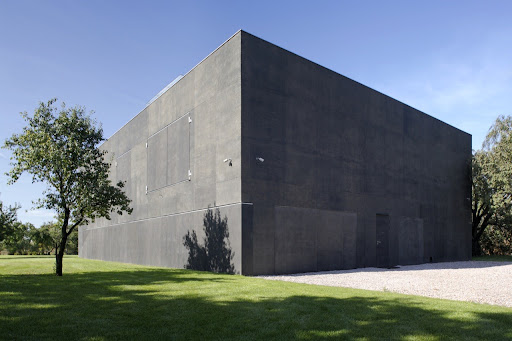 During the day, guests can be buzzed in the front gate, but that only gets them into an inner courtyard—known as the safety zone—surrounded by high walls on all four sides. Someone already inside must then grant them access to the main building.

A drawbridge connects the living quarters with a separate, fully enclosed indoor pool beside it. Security cameras on each outside corner provide complete coverage around the perimeter. All household systems—including mechanical, electrical, and more—are self-contained and inaccessible from the exterior of the building.

The transformation from open to closed is fast and fully automatic with the push of a button. This high-security home can stop zombies and even the most determined of thieves.

Any of these could be called the safest home in the world. But are they? Which one would you want as your fortress?

Designing High Security Homes: Make Your House the Safest House in the World

What would a hypothetical but achievable most secure house in the world include? Let’s start on the outside and work our way in.

A secure property needs a strong fence or perimeter walls. It should ideally be see-through or no more than four feet high to increase natural surveillance, a pillar of crime prevention through environmental design. The distance between that and the walls of your home should be large enough that anyone sprinting from one to the other might be seen.

To increase that likelihood, the grounds should be open and exposed. In fact, lawns originated as grasslands surrounding medieval castles in France and Britain. They were kept clear so guards could easily see approaching individuals. The word “lawn” comes from the Middle English word “launde,” which was an opening in the woods.

Keep decorative greenery like shrubs to a minimum under windows and near doors. This once again exposes would-be burglars as they try to force their way in.

Affix motion detectors, security cameras, and floodlights on exterior walls. Make sure you get complete coverage. Secure your windows and doors.

Smart locks with biometric recognition are stronger and more difficult to bypass than traditional ones.

Inside, use window/door sensors to alert you to unwanted entry. Install a quality security system with additional cameras, motion detectors, and alarms. You’re 300% less likely to be robbed if you do.

Have a dog. Use smart lights to give the appearance of someone being home even when empty. Buy a safe.

And if you can, get 24/7 real-time professional monitoring.

You may never live in the safest house in the world, but you can live in a safer one with Deep Sentinel’s advanced security cameras, AI, and live surveillance. It’s a premium product for a DIY price.